Discover the beautiful Galapagos Island in 8 incredible days on the comfortable Cachalote motor sailor. With a choice of 2 different 8 day cruises you can be certain you will experience the Galapagos up close and personal with a small group led by a highly experienced naturalist guide.

Arrival to Baltra airport. Passengers are welcome by our guides and transferred to the Cachalote. After departure the first island visit is made.

Plazas consists of two very small islands that were uplifted from the sea, separated by a channel. Only South Plazas has a visitor site. The highlights include tall Opuntia cactus, land and marine iguanas, rocky cliff that looks out towards open ocean which is also a nesting site for red-billed tropic birds and gulls, and a seal lion bachelor colony.

San Cristóbal is the easternmost island of Galapagos and also one of the oldest. Cerro Brujo is a white sand beach on the west side of San Cristóbal. Highlights include: Sally Lightfoot crabs, marine iguanas, and sea lions, Chatham mockingbird, lava lizards.

The lagoon is the only fresh water reservoir in Galapagos and has great views from its altitude of 700m in the highlands of San Cristóbal. Rainwater has collected in the caldera for hundreds of years and formed this lagoon. Galapaguera is a good area to see tortoises in their natural environment.

Española is the oldest of the Southern Islands and is the southernmost in the archipelago. Because of its remote location a unique range of endemic species evolved here. Gardner Bay is located on the northeast of the island, the site has a long and beautiful white sand beach inhabited by sea lion colonies.

The wildlife at Punta Suarez is plentiful and varied. Along the cliff visitors can enjoy the blowhole where seawater is forced about 20m into the air. The highlights are the Waved albatross (April-Dec), Galapagos Hawks, blue-footed boobies, Nascar boobies, and Española lava lizards.

This is one of the few sites visited for its human history. Visit the wooden mail barrel where letters are dropped off and picked up and remains of the Norwegian fishing village. Punta Cormorant has two contrasting beaches and a large inland lagoon where pink flamingos can be seen.

This is one of the few sites visited for its human history. Visit the wooden mail barrel where letters are dropped off and picked up and remains of the Norwegian fishing village.

Dragon Hill is located in the northwestern side of Santa Cruz Island. Some highlights include small lagoons with flamingos, Palo Santo trees, and Opuntia cactus.

Genovesa is an eroded flat volcanic island, with a natural harbor, which is actually the submerged caldera of this volcanic island. There is a good possibility of seeing the unique “Short eared owl” at El Barranco. During the dinghy rides along the cliffs fur seals and several species of seabirds can be spotted.

Turtle Cove is a red mangrove lagoon on Santa Cruz and a perfect example of how mangroves alter the marine environment to create a rich and unique habitat.
Return flight to the mainland of Ecuador. 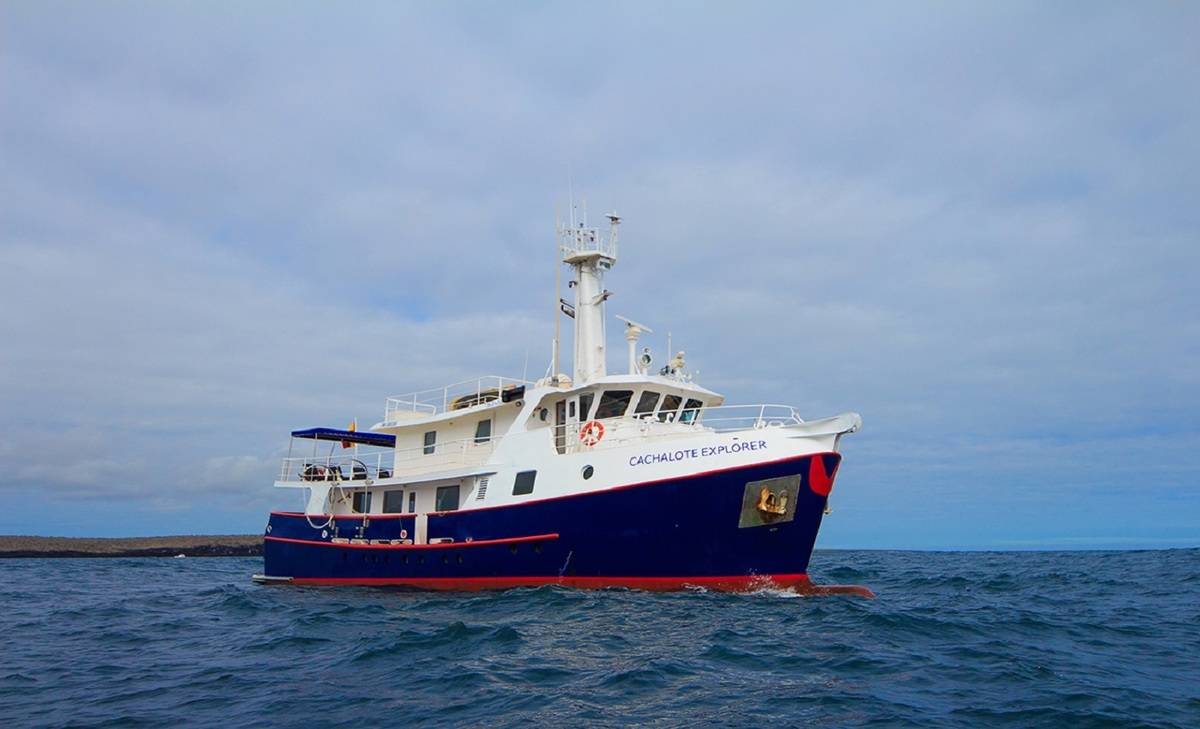 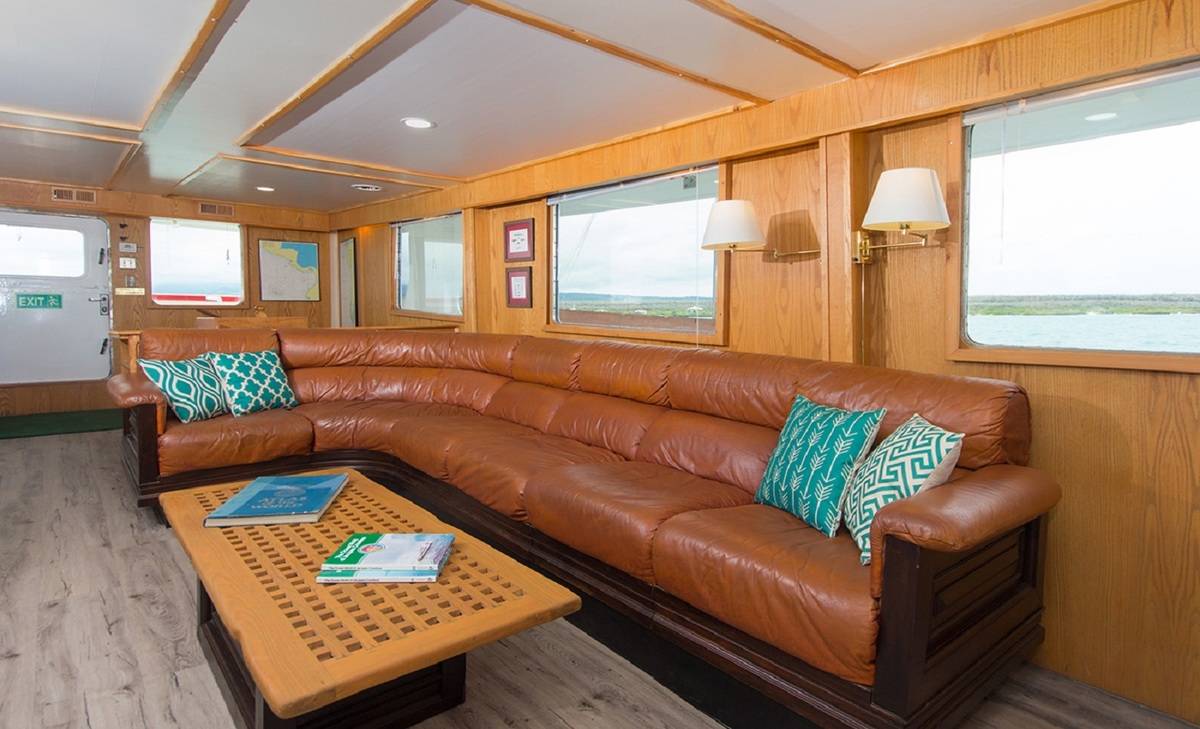 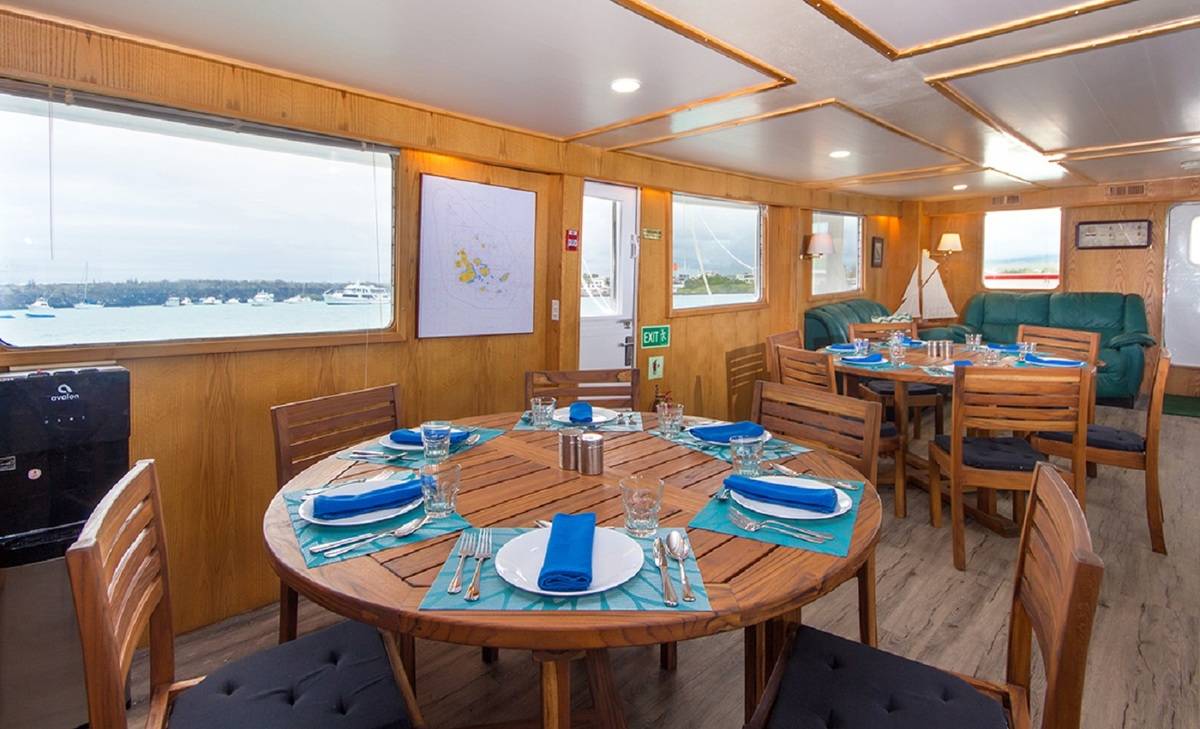 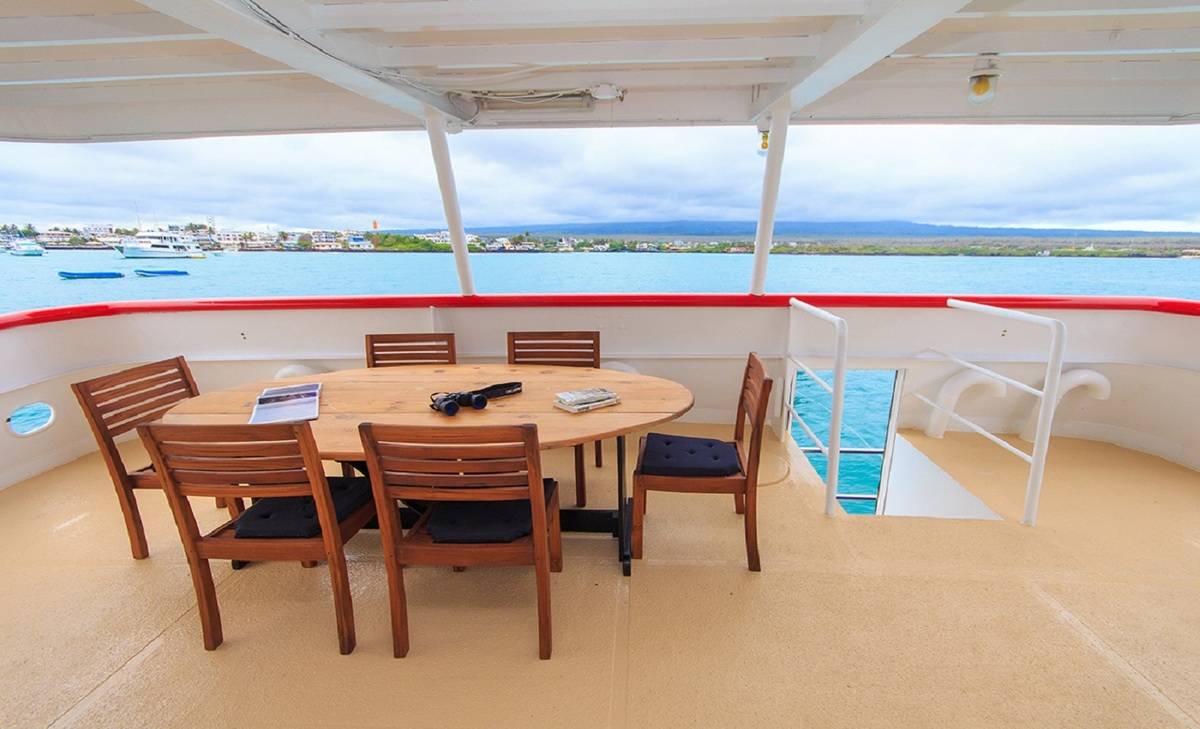 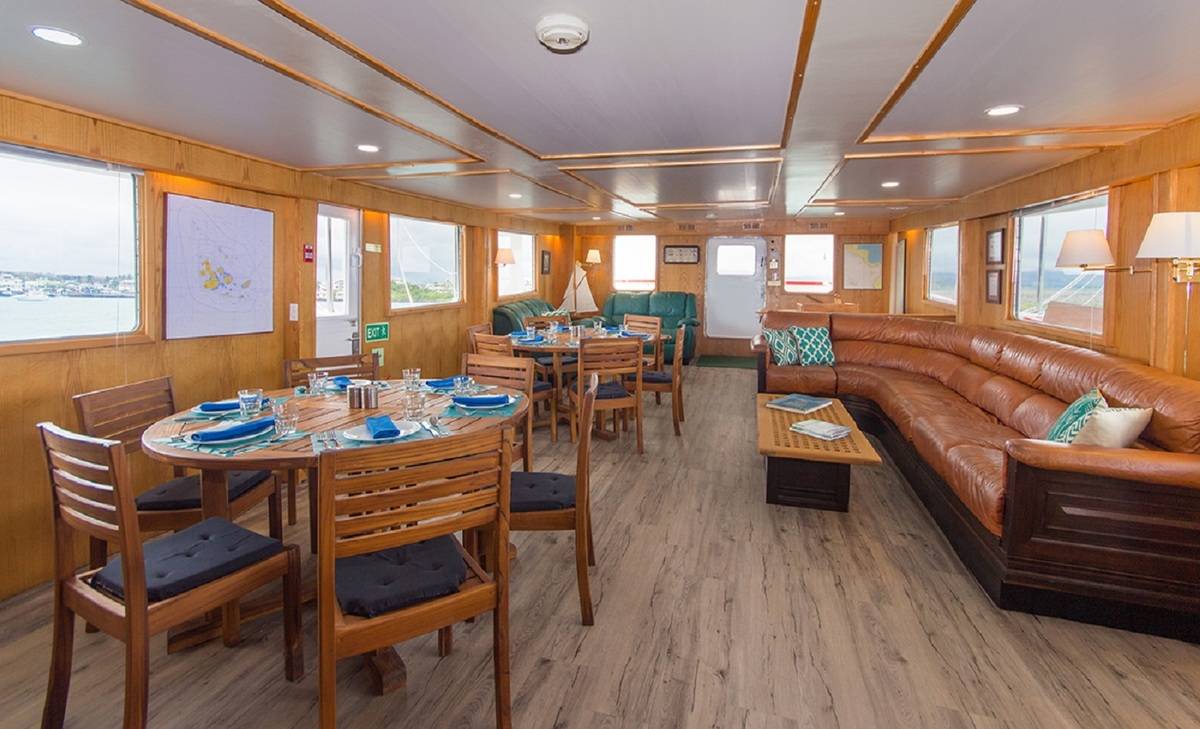 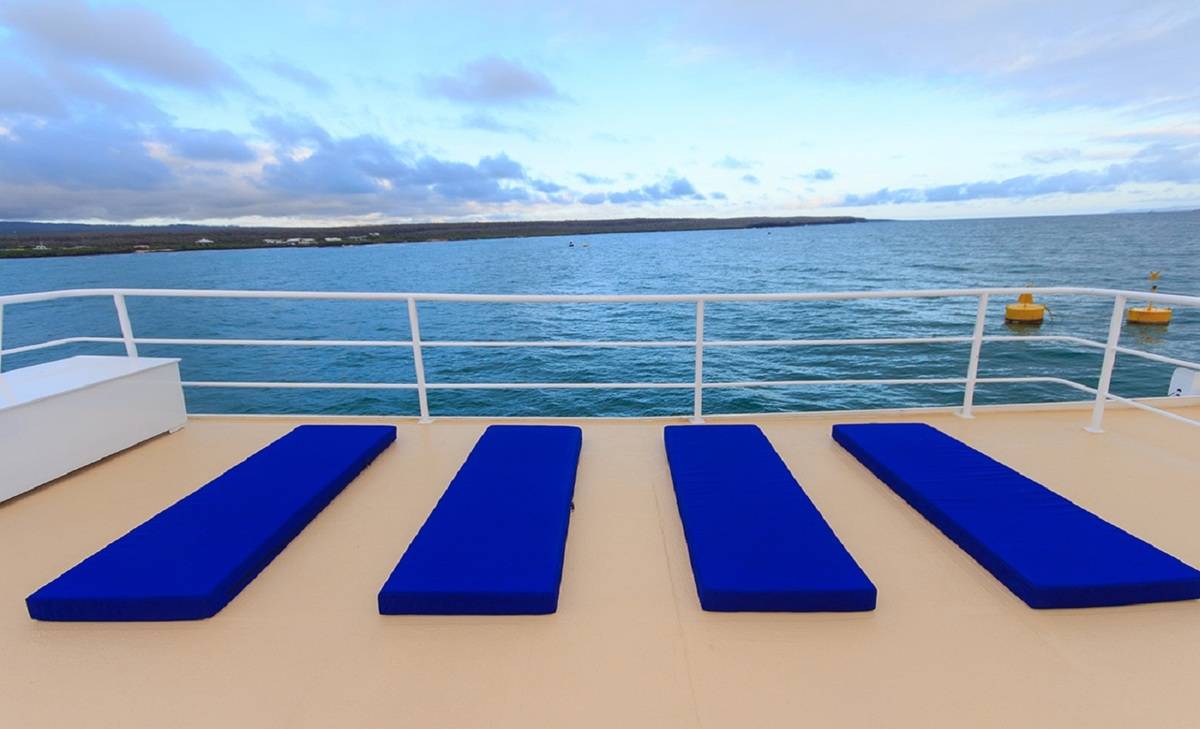 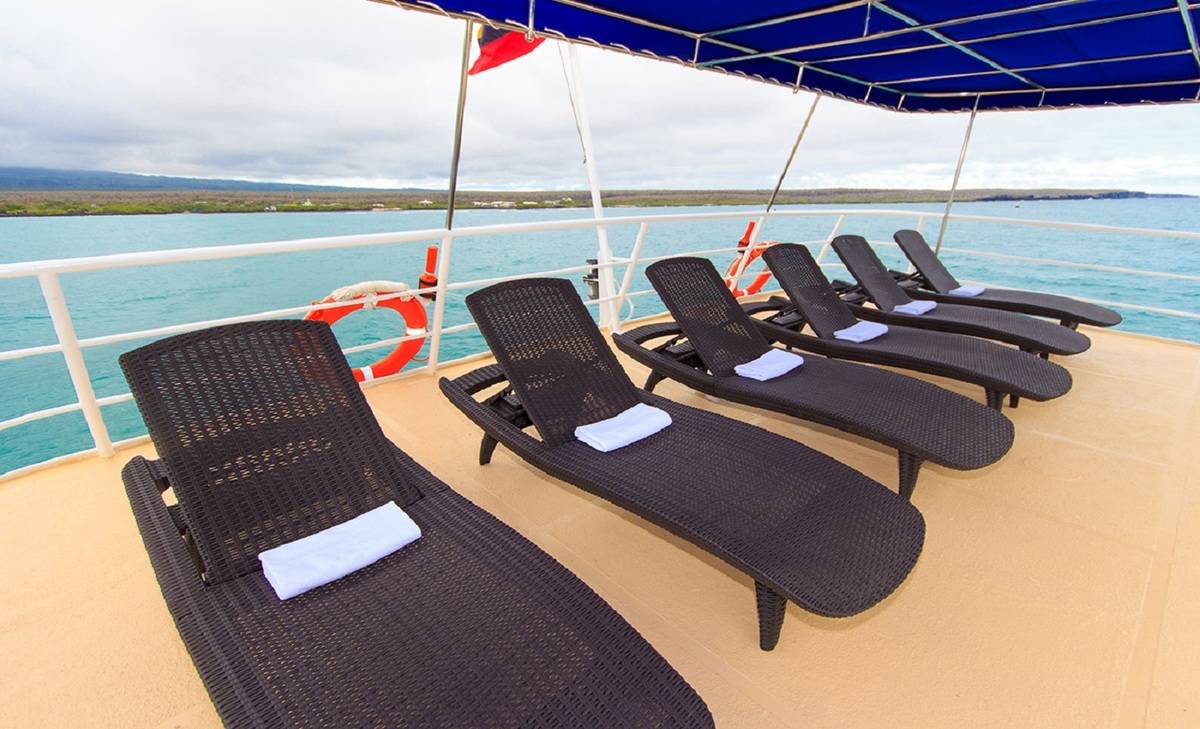 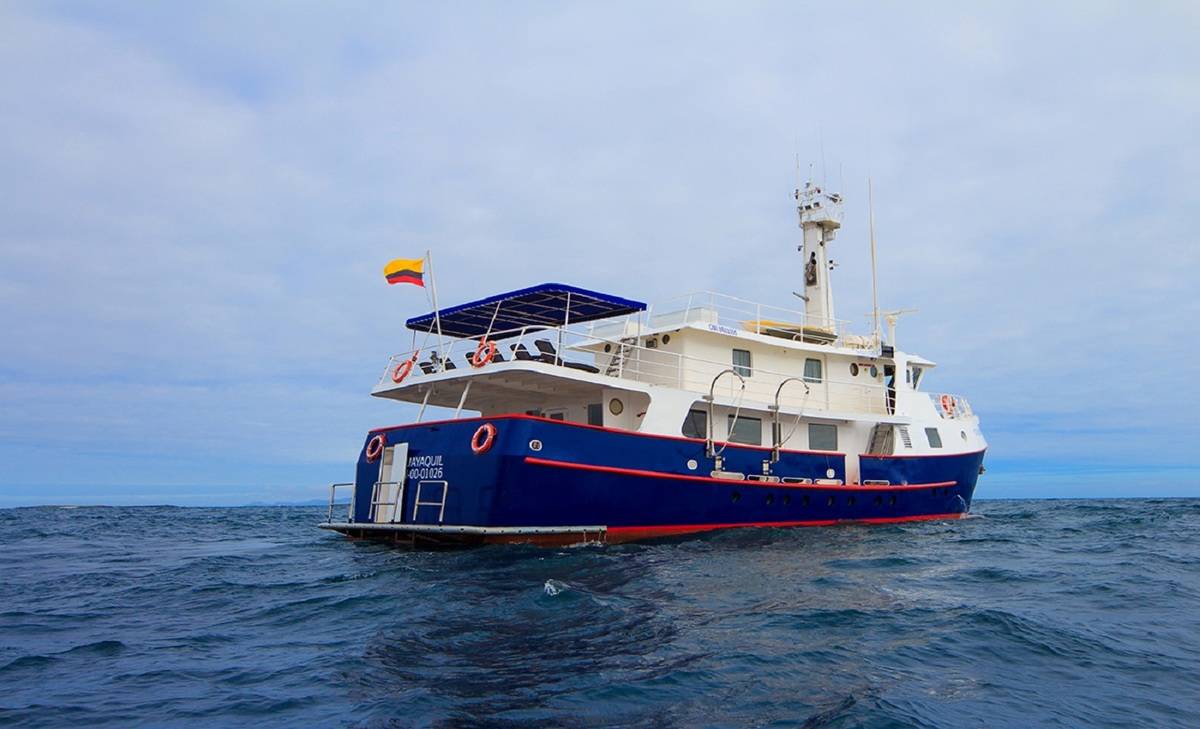 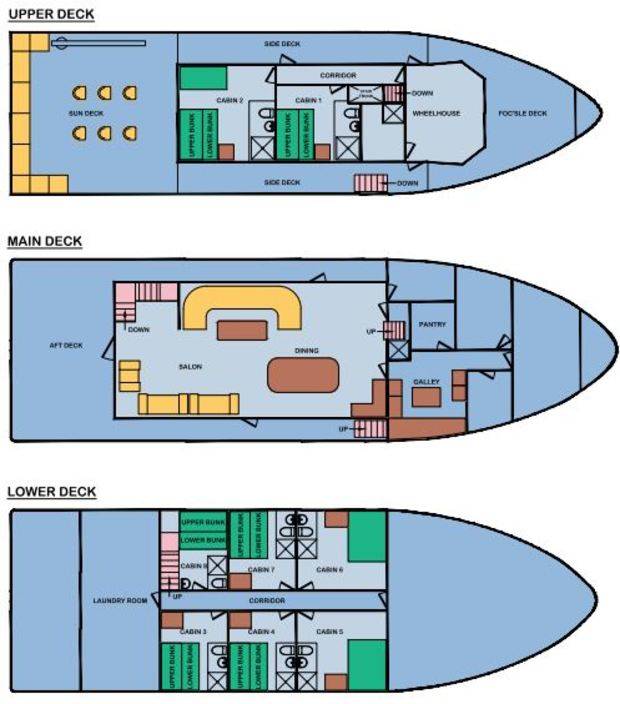