On this 10 day group holiday you will visit all these ultimate highlights of Peru. Ruined temples and fortresses of the Inca Empire surround Cusco, once the heart of the Inca world and now a graceful homage to Spanish colonial architecture. Beyond the ancient terraced hillsides of the Sacred Valley of the Incas lies the archaeological site at Machu Picchu, a must-see on the world’s scale. Finally, no trip to Peru is complete without a scenic trip across the wind-buffeted plains of the altiplano to the shores of the world’s highest navigable lake, Titicaca. 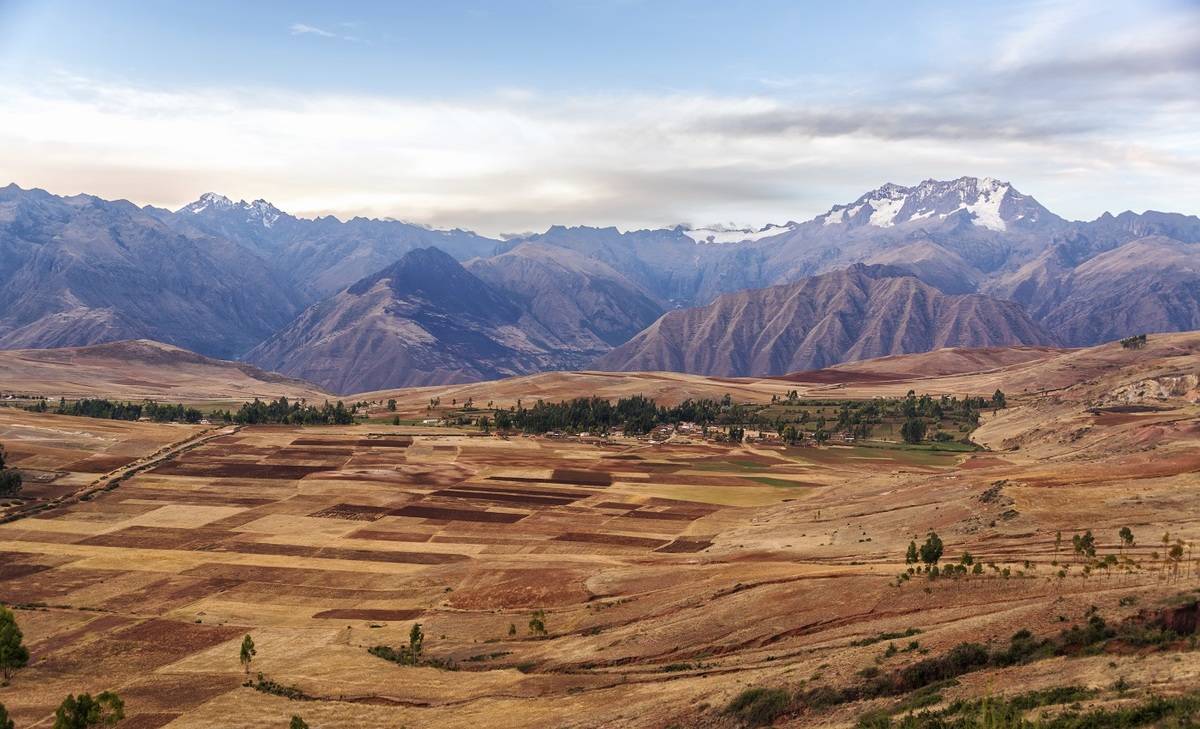 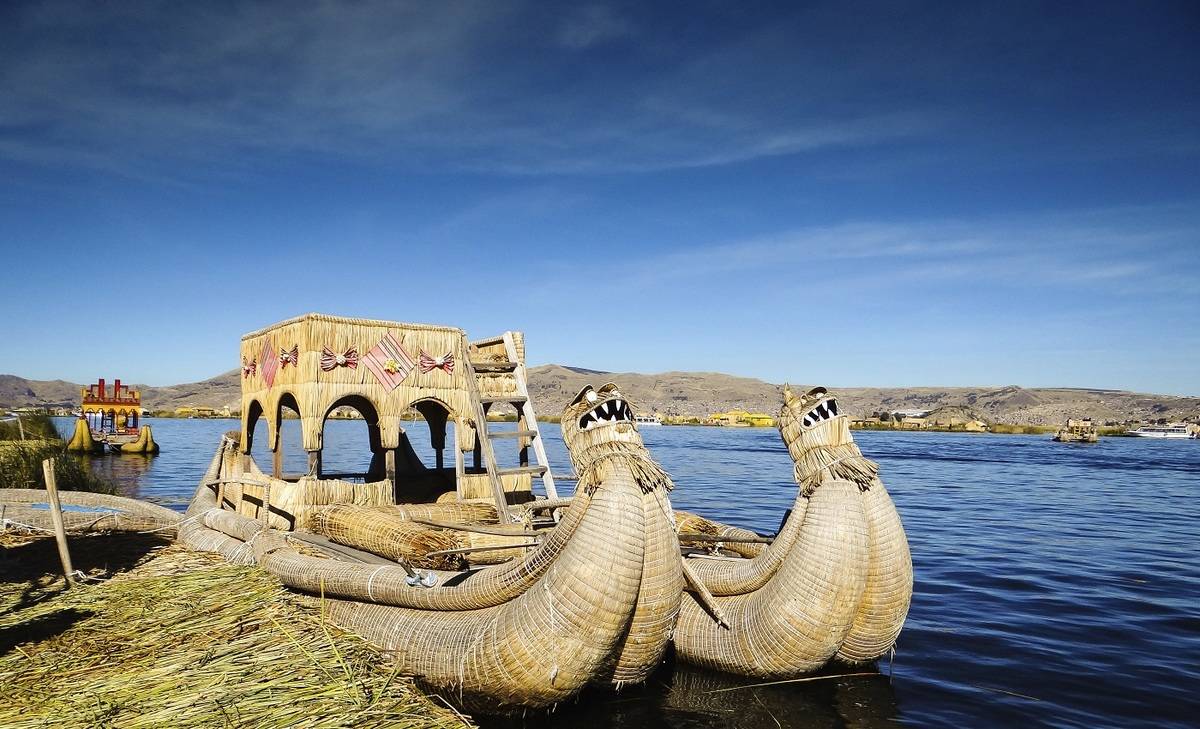 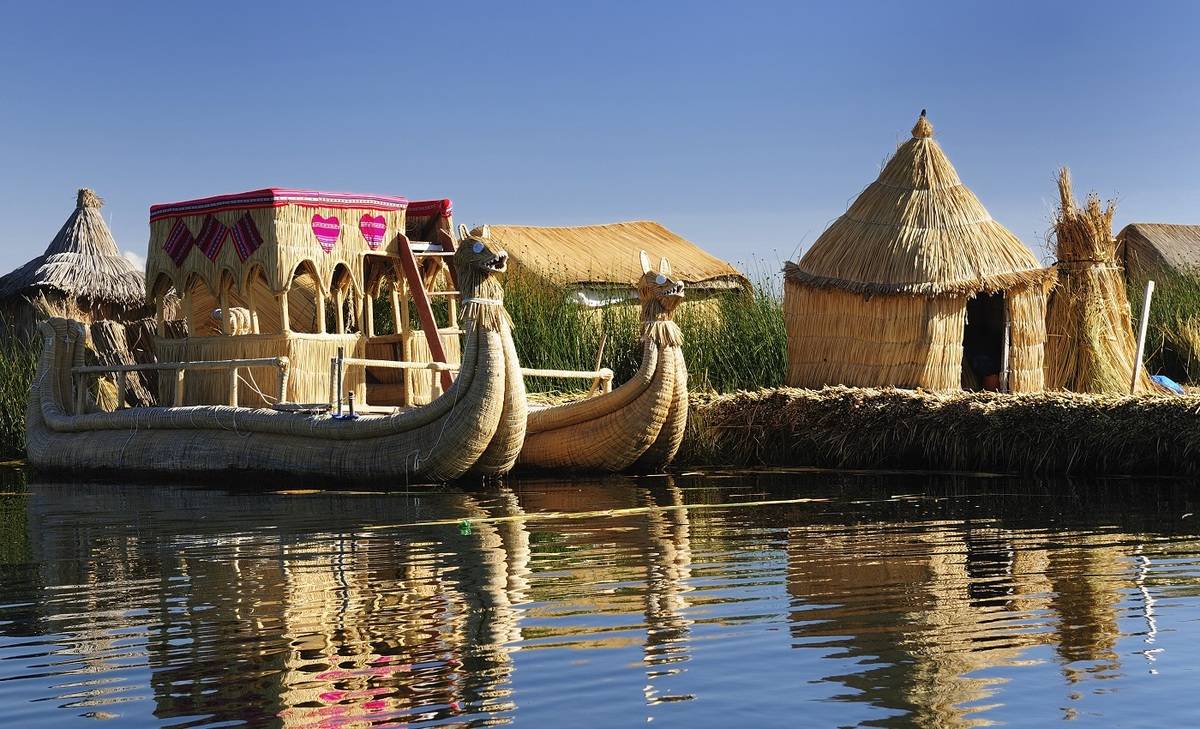 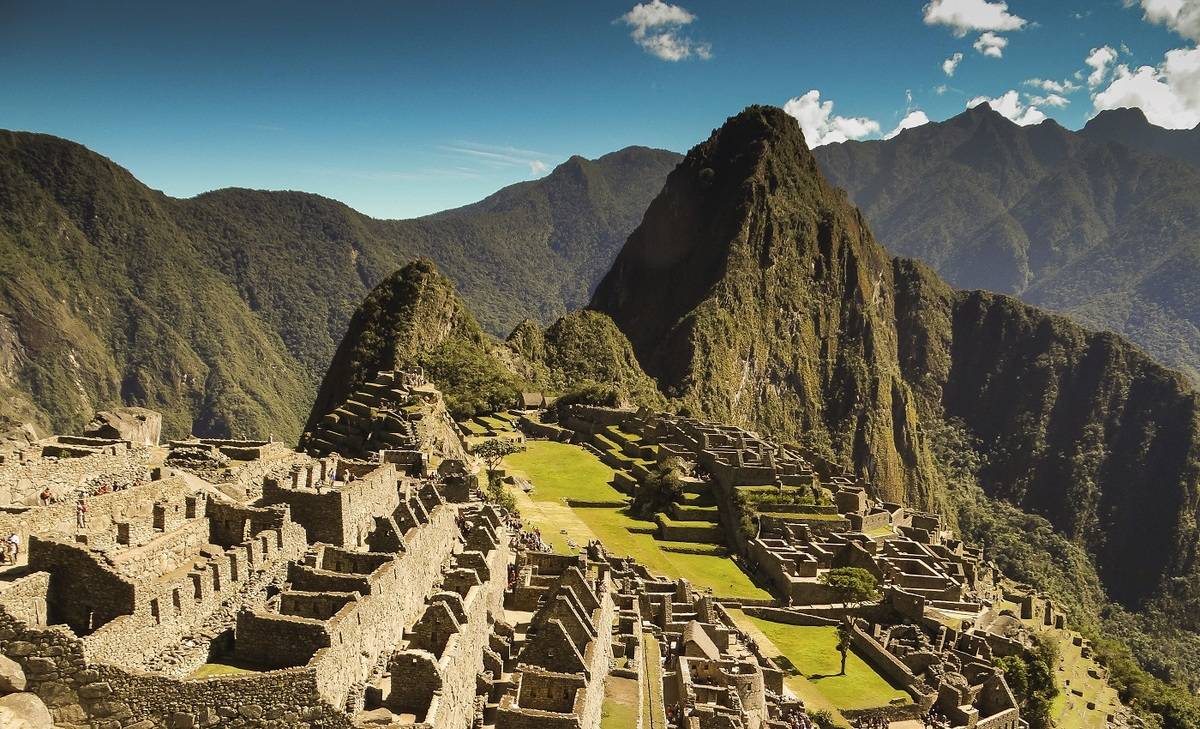 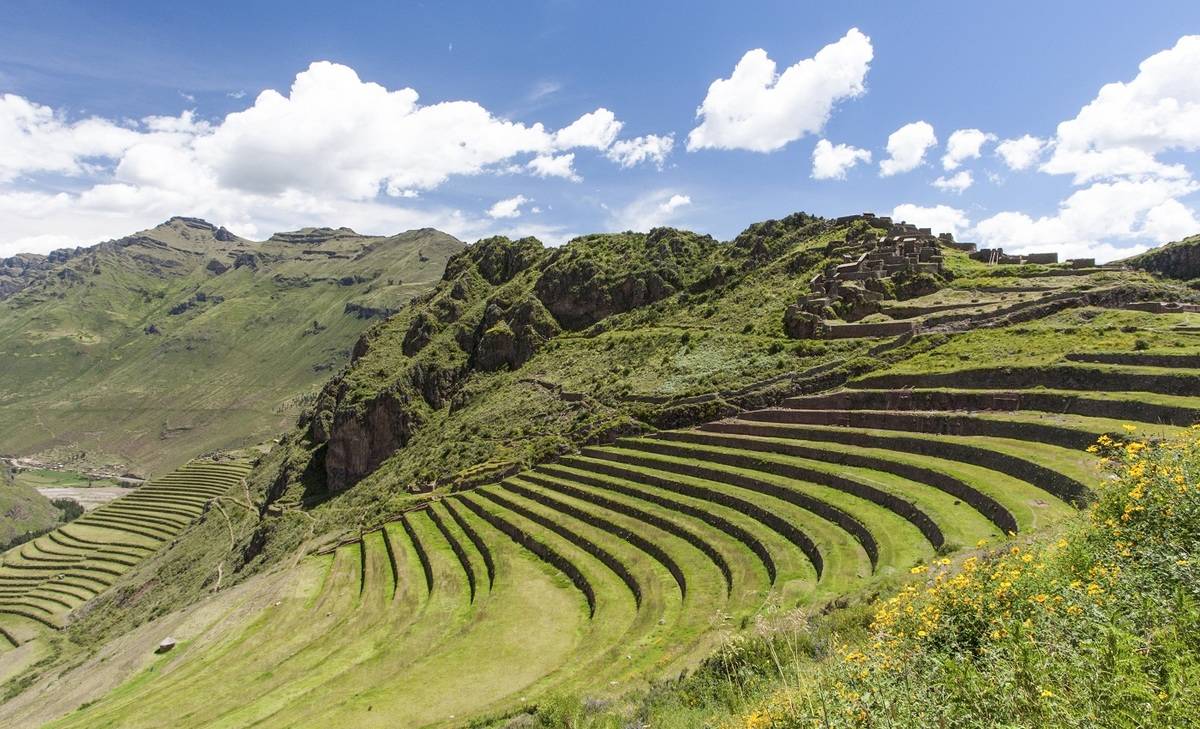 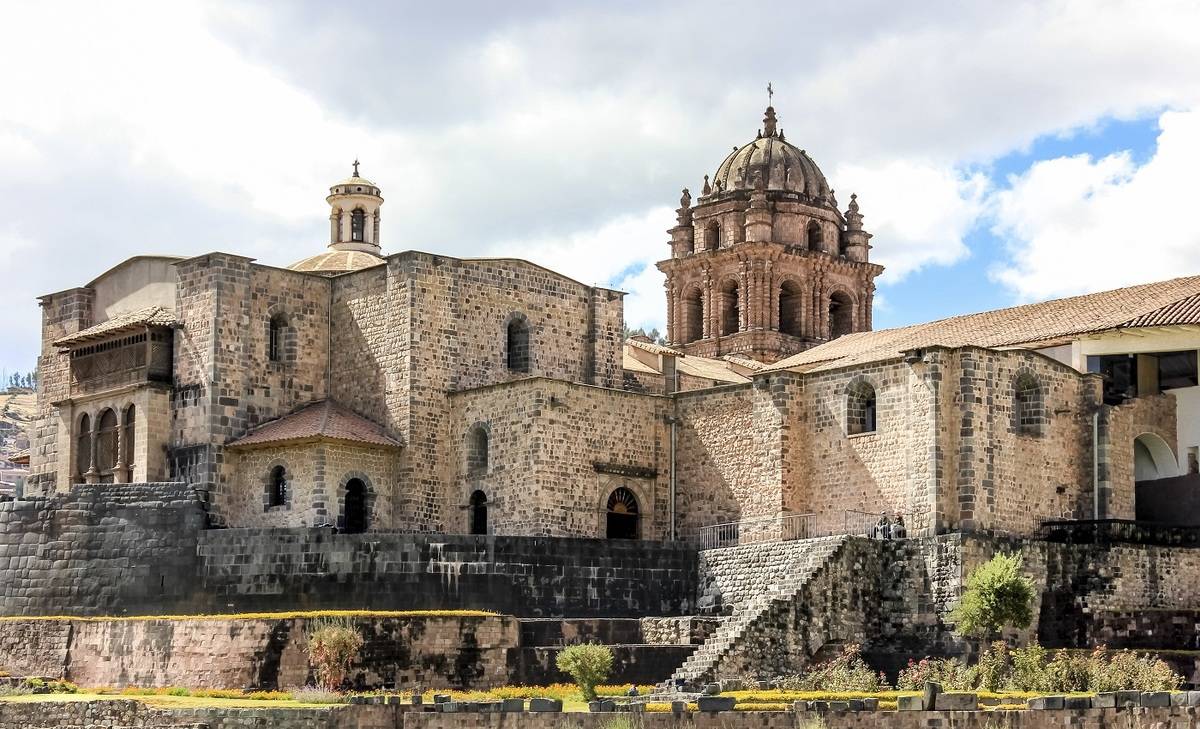 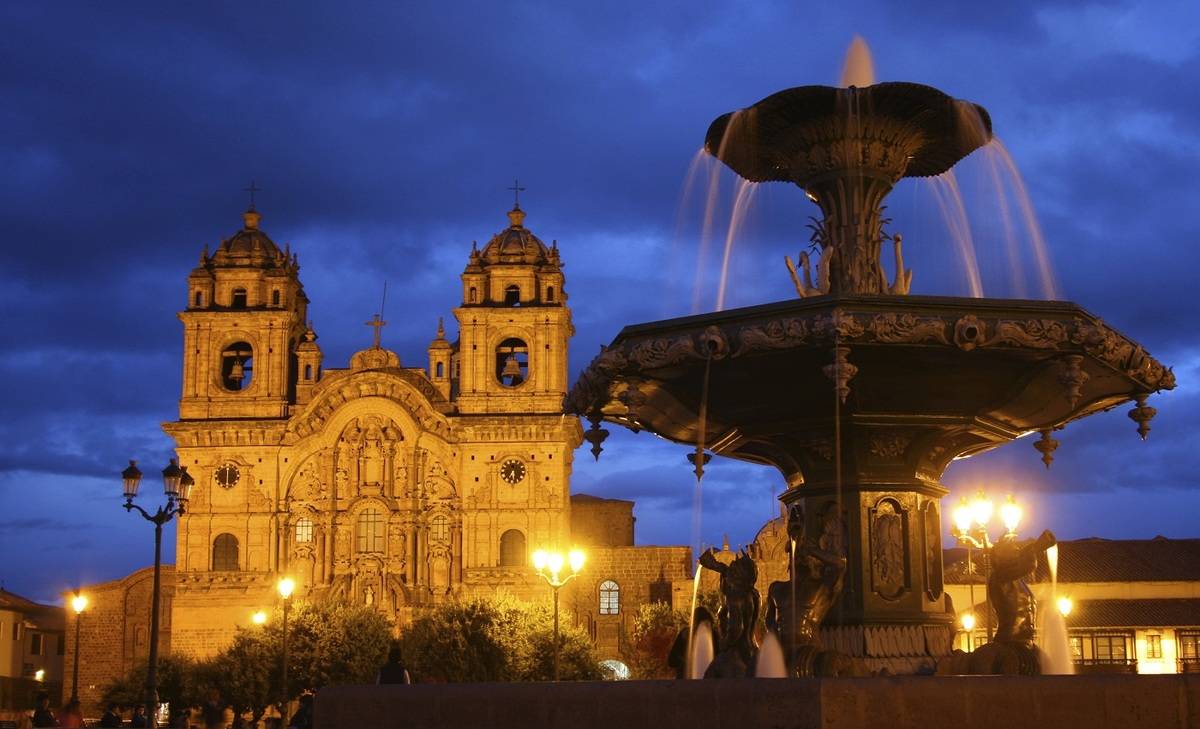 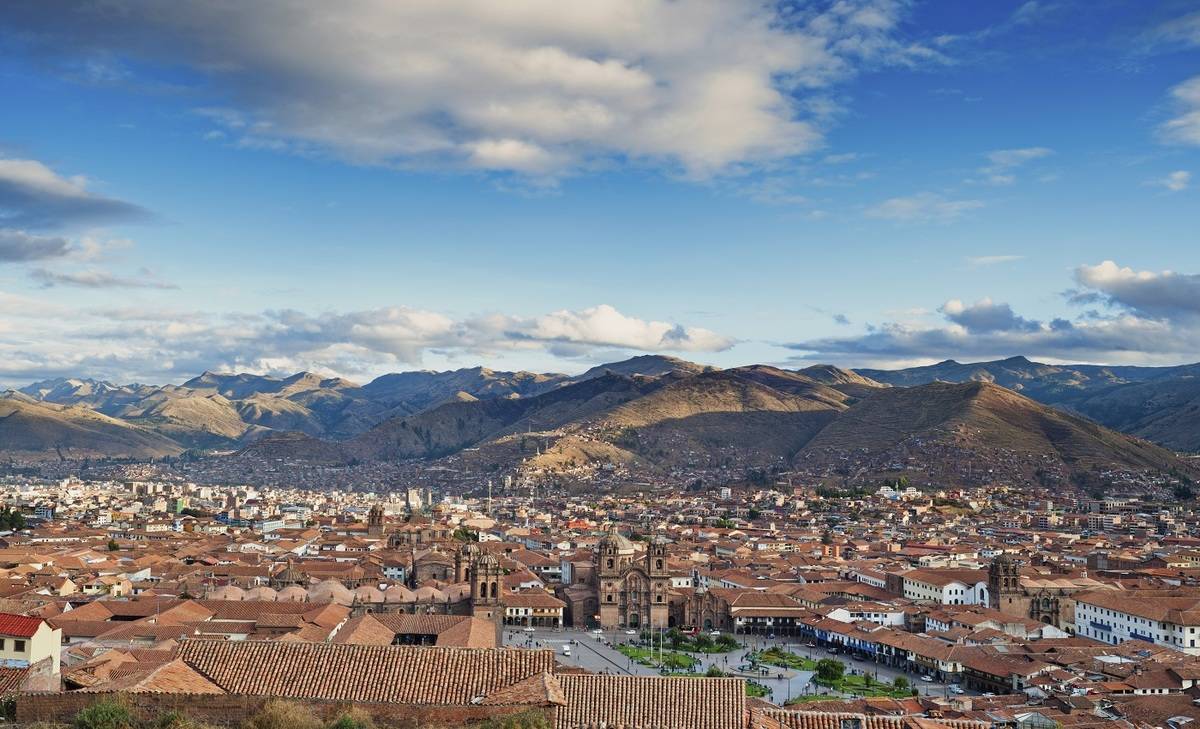 Those passengers arriving on an international flight will be met at the airport by a Journey Latin America tour leader or a local representative who will escort you to the hotel. The scenes from your window on the half-hour drive to the hotel through Lima encapsulate the invigorating bustle of a modern-day Latin American capital.

Lima, the City of Kings, was once the capital of Spanish America, and the vestiges of its glorious past can still be seen in the faded grandeur of the colonial churches and traditional wooden balconies in the city centre. The explosive growth of the last 50 years, so typical of capital cities in the developing world, has transformed Lima into a dynamic and chaotic low-rise city of over 6 million people. In crowded streets, throngs of traffic race out towards Miraflores, a modern middle-class suburb on the coast, where your hotel is located.

A flight of just over an hour takes you to Cusco. The name Cusco derives from the Quechua word for navel, indicating its location at the centre of the Inca Empire, which reached its zenith at the same time as England was fighting the War of the Roses. Today its many impressive original Inca walls display extraordinary craftsmanship, while the bustling squares are dotted with ornate baroque colonial churches. It’s a vivacious city, where shoeshine boys and postcard sellers jostle for your attention in cobbled streets lined with handicraft shops and cafés. In the evening, the town centre fills with people flocking to the many restaurants, bars and cafés.

Day 3: Guided tour of the city and Inca Sacsayhuaman

Today an experienced guide gives you a tour of the city. You visit Q’oricancha, once the principal Inca Sun Temple, with extraordinarily intricate stonework, and then explore the colossal zigzag walls of Sacsayhuamán, brooding on a hillside above Cusco. In 1536 a desperate and defining three-day battle was fought between the Spaniards and the Incas around this fortress. The first conquistadors to see it were awestruck, and centuries later it is still an extraordinary and imposing sight.

There is also free time to explore Cusco; to wander through its cobbled streets bracketed by impressive Inca walls, to explore its colourful, bustling markets and splendid churches, and to stop at some of the many excellent cafés. The air is thin at this altitude, and the streets are steep, so take your time.

Day 4: Excursion to thesacred Valley of the Incas; overnight

Today, head out from Cusco over the high plains and descend to explore the fertile Sacred Valley of the Incas. Once the bread-basket of the Inca Empire, it was heavily populated in imperial times and scores of archaeological sites remain, where well-preserved ruins bear witness to the highly developed society that the Incas created. The drive passes through or close to several of the villages and temple fortresses that pepper the valley. The Pisac complex, set high above and visible from the eponymous colonial village you will visit, is built on terraces carved into the steep hillsides. The engineering and preservation are unrivalled. From the flat valley floor this intricate hillside rises up like a green staircase to the heavens.

Continue along this picturesque, patchwork valley to the temple of Ollantaytambo. The snow-frosted Andean cordillera forms a stunning backdrop. Ollantaytambo, sitting strategically at the gateway to the Amazon basin, was never captured by the Spanish conquistadors, but the inhabitants decided that the settlement was too vulnerable and would eventually fail, and so they abandoned it. The fortress, the colonial grid plan and the Inca foundations are still intact and there are wonderful views down over the sloping hillsides and into the fertile valley.

Spend the night in the tranquil valley.

Day 5: By train to Machu Picchu; guided tour of the ruins

Travelling for just 2hrs by train from Ollantaytambo, you reach the ruins of Machu Picchu. As the river Urubamba enters its narrow gorge between thickly-forested granite hills, there is room only for a single track, which hugs the right bank and passes through hamlets that are no more than a collection of shacks beside the railway. Close to the foot of the mountain on a saddle of which the citadel was built is the bustling village of Machu Picchu (formerly known as Aguas Calientes), dedicated to serving the many visitors with artisan markets, bars and restaurants.

The majestic ruined city, reclaimed from tropical cloud forest, is reached by minibus up a sinuous road, or on foot up a near vertical rocky path. The American explorer Hiram Bingham discovered it in 1911, by which time it was completely buried beneath jungle vegetation. It is perhaps the ruins’ location, on a ridge spur amid forested peaks and above a roaring river canyon, that most ignites the imagination. You will have a guided tour of the ruins.

There is the option to return to the ruins with time to walk one of the many trails within the site itself, such as the hike to the vertiginous Inca Bridge, carved into a cliff edge. You can climb the tortuously steep Huayna Picchu mountain on the other side of the valley, but you need to book in advance. Your tour leader will be on hand to talk through the various walking options. In the afternoon return to Cusco, arriving in the early evening.

Travel by private bus from Cusco to Puno, on Lake Titicaca, a spectacular 8 hr journey (including stops) that climbs to over 4,300m. Flanked by snow-capped peaks, the lonely road cuts its way through fields worked by men and oxen; an Andean landscape of adobe huts, and crops of corn and potato. After reaching the highest point of the journey, the bus crosses the altiplano, a large, windswept plain punctuated by occasional market towns, where bowler-hatted women tend their herds of llamas and alpacas. (If you would prefer to travel this route by train, please enquire with one of our consultants for further information.)

The vast, indigo Lake Titicaca - almost an inland sea - sits on the Peruvian-Bolivian border, and the fish-laden waters and surrounding fertile soil are the lifeblood of the subsistence farming communities clustered in scores of adobe villages along the water’s edge. Legend has it that this mystical spot is the birthplace of Inca civilisation: the progeny of the Sun God sprung from its depths to found the empire in Cusco.

Day 8: Boat trip to the Uros Islands and tour of Sillustani

Today you set out on the lake aboard a motor boat to visit the Uros Islands: gliding over the deep glacial waters on a sunny day is a definite highlight. You alight on the floating islands, constructed entirely from the lake’s tortora reeds – the same material the islanders use to build their canoes - and the ground moves almost imperceptibly beneath your feet. During severe storms, the islands may break up into smaller islets. Once devoted to fishing, the inhabitants now earn their living mainly through selling handicrafts to tourists and, while this is a unique experience, it has the air of a living museum.

In the afternoon, there’s a guided excursion to the Chullpas at Sillustani, towering stone tombs said to be the burial site of the ancient Hatun Colla chiefs. The towers are on the treeless shores of a lonely highland lake; the landscape, while unremittingly bleak, is spellbinding.

Take the morning flight to Lima (1hr 40mins) where you might take an optional tour of the historic centre of the city, including the colonial Plaza de Armas, which is surrounded by monumental buildings from the Spanish colonial and republican eras. There is also time to visit one or two of the world-class museums. In the evening you could celebrate your last night on the cliff top in Miraflores or Barranco sipping a pisco sour cocktail and watching the sun set over the Pacific.

Today we bid farewell to Lima where you will be transferred from your Hotel to the airport in time for your departure flight.

This tour operates with a minimum of 4 and a maximum of 20 passengers. The minimum age is 12 years. Hotels are subject to change due to availability.