The voyage to Antarctica is always an unforgettable experience, and in November 2021 a lucky few will have the chance to combine it with another natural wonder – a solar eclipse. Join us for a spectacular expedition to the end of the world, sailing to the historic Falkland Islands, the penguin and elephant seal packed beaches of South Georgia and along the glacier edged Antarctic peninsula. Marvel at the plentiful birdlife, enormous whales and feisty leopard seals before witnessing a total solar eclipse in one of the most remarkable and inhospitable regions of the world. An unmissable event. 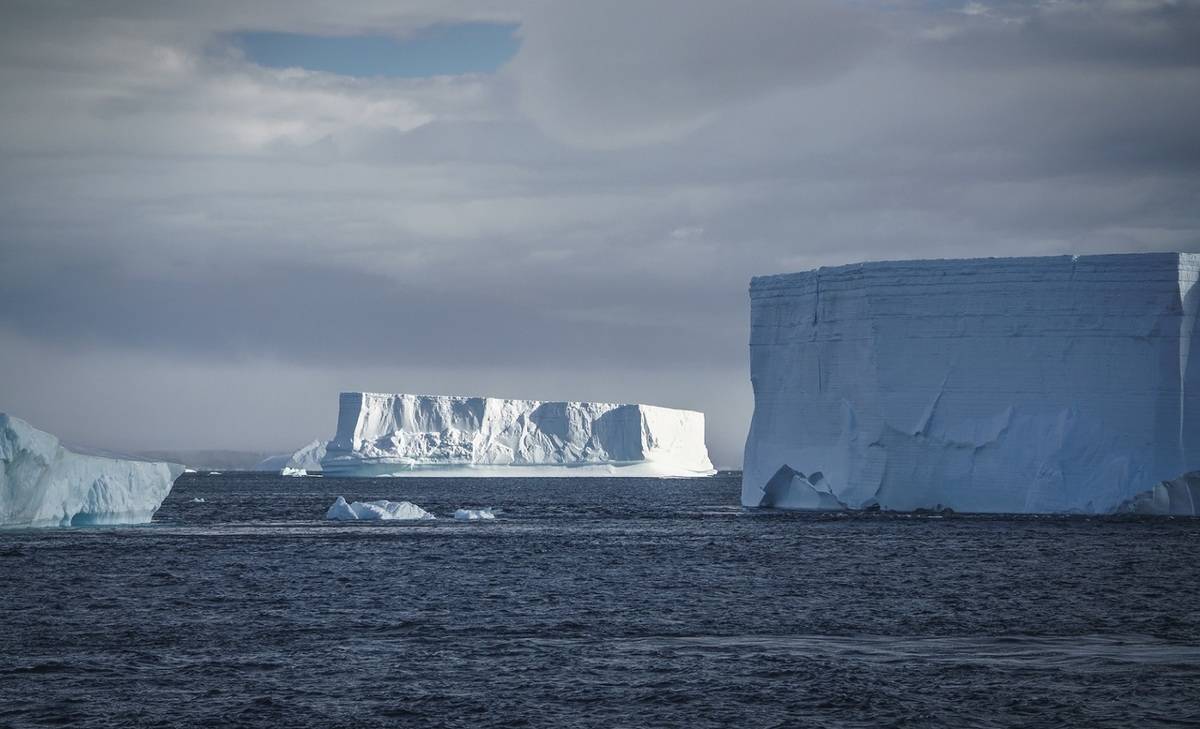 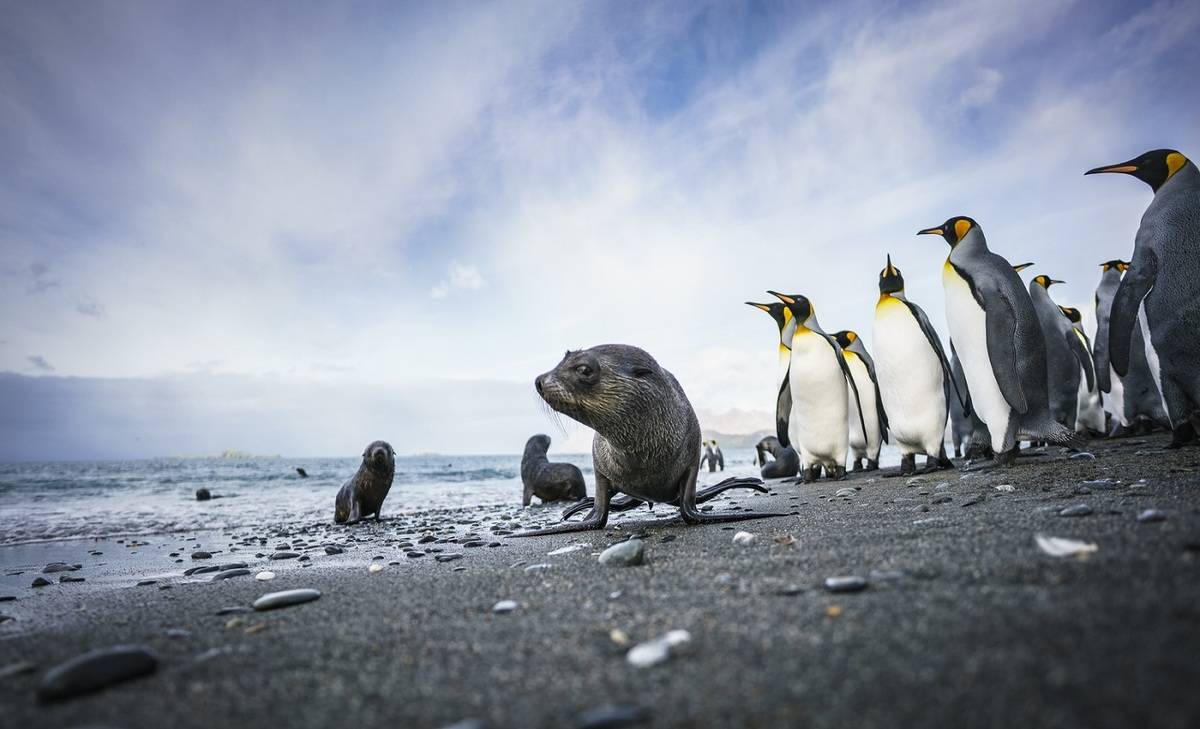 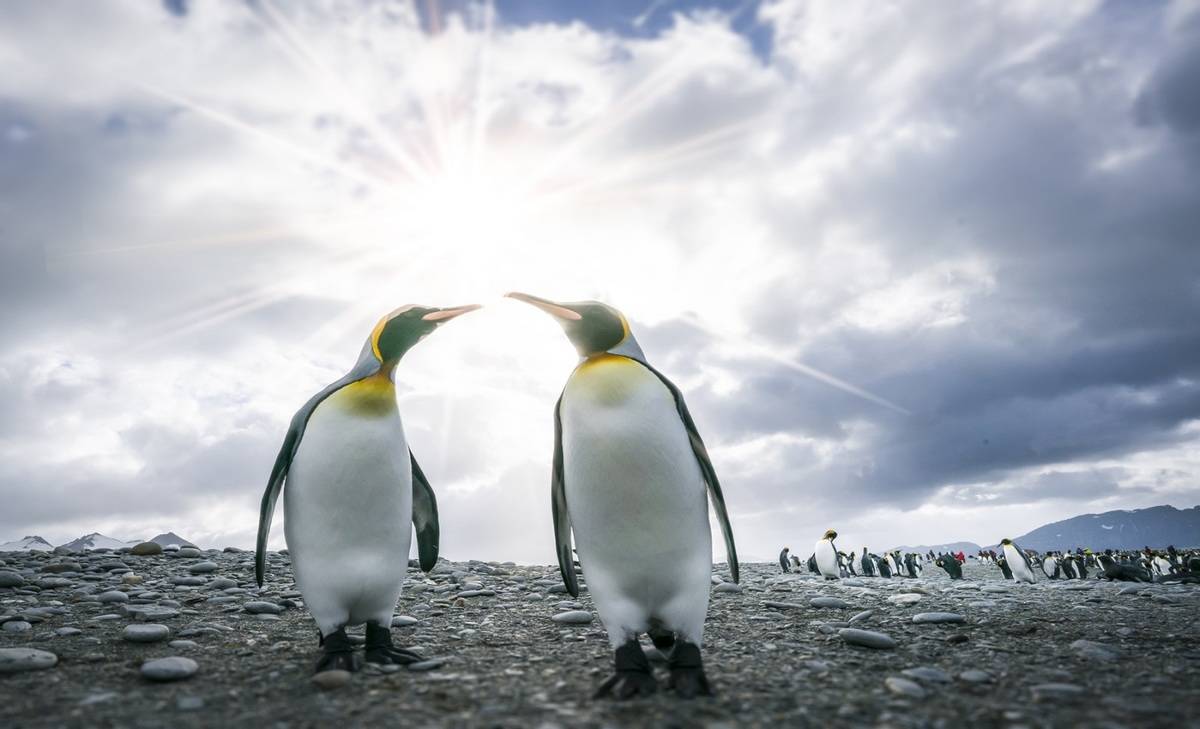 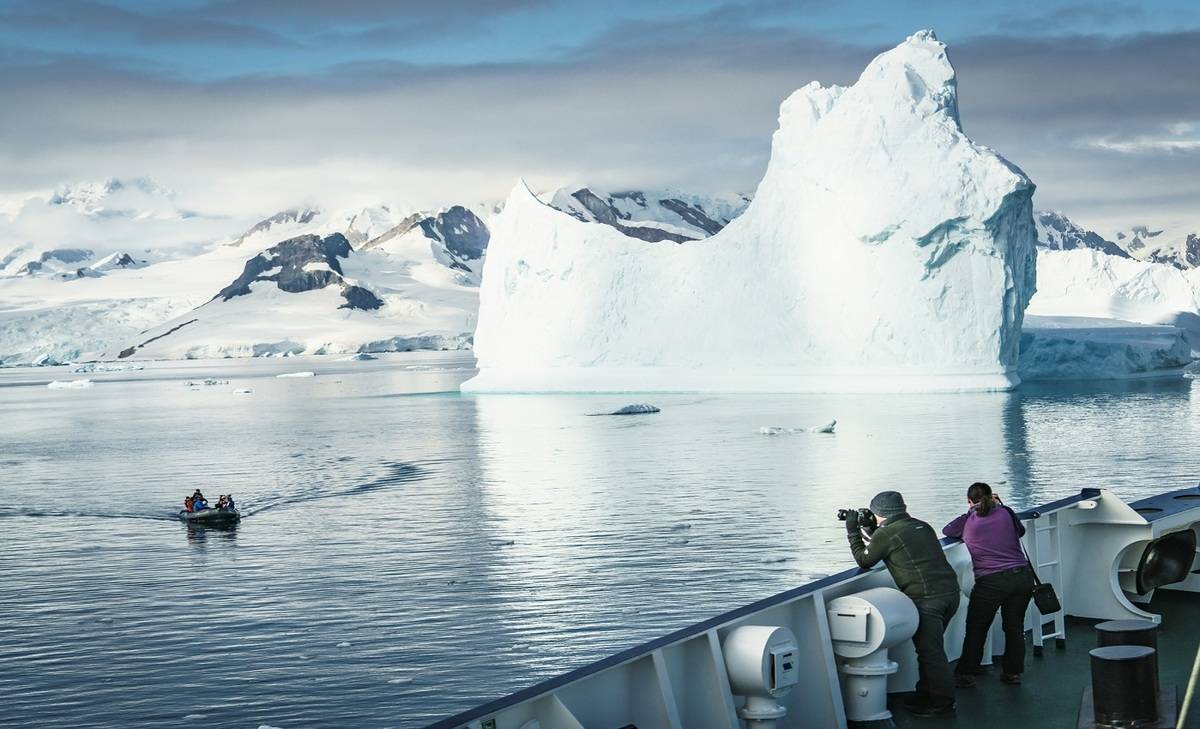 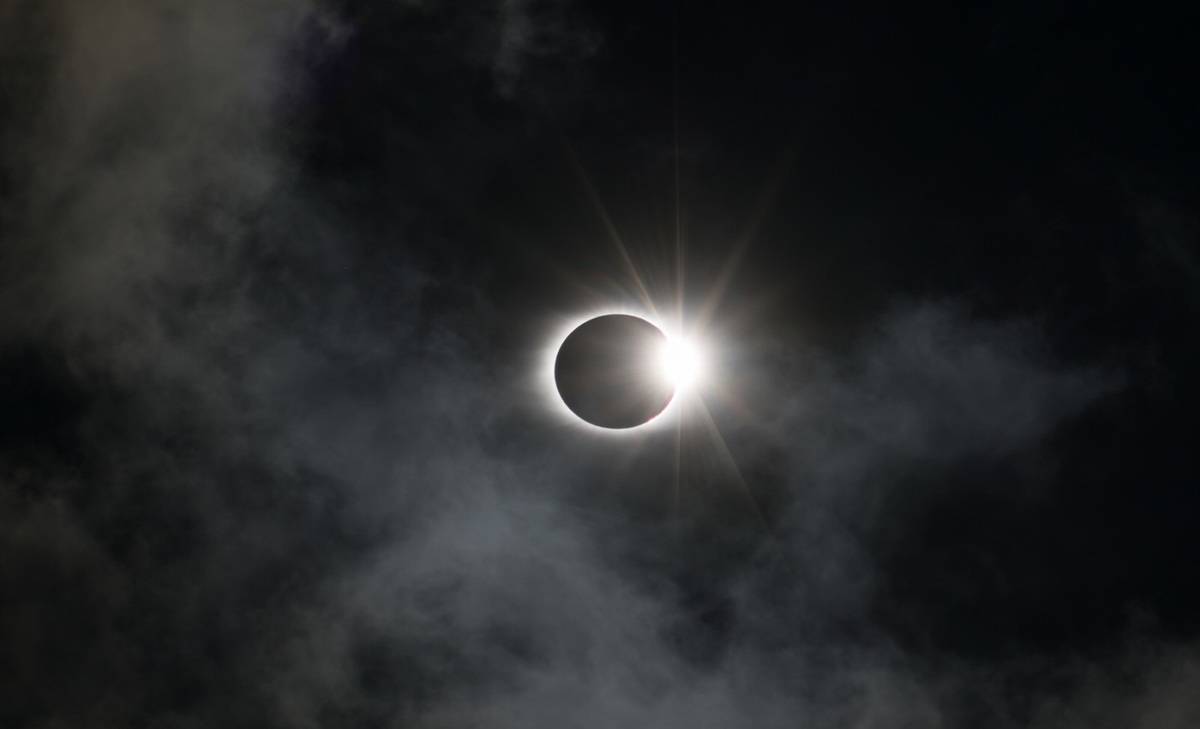 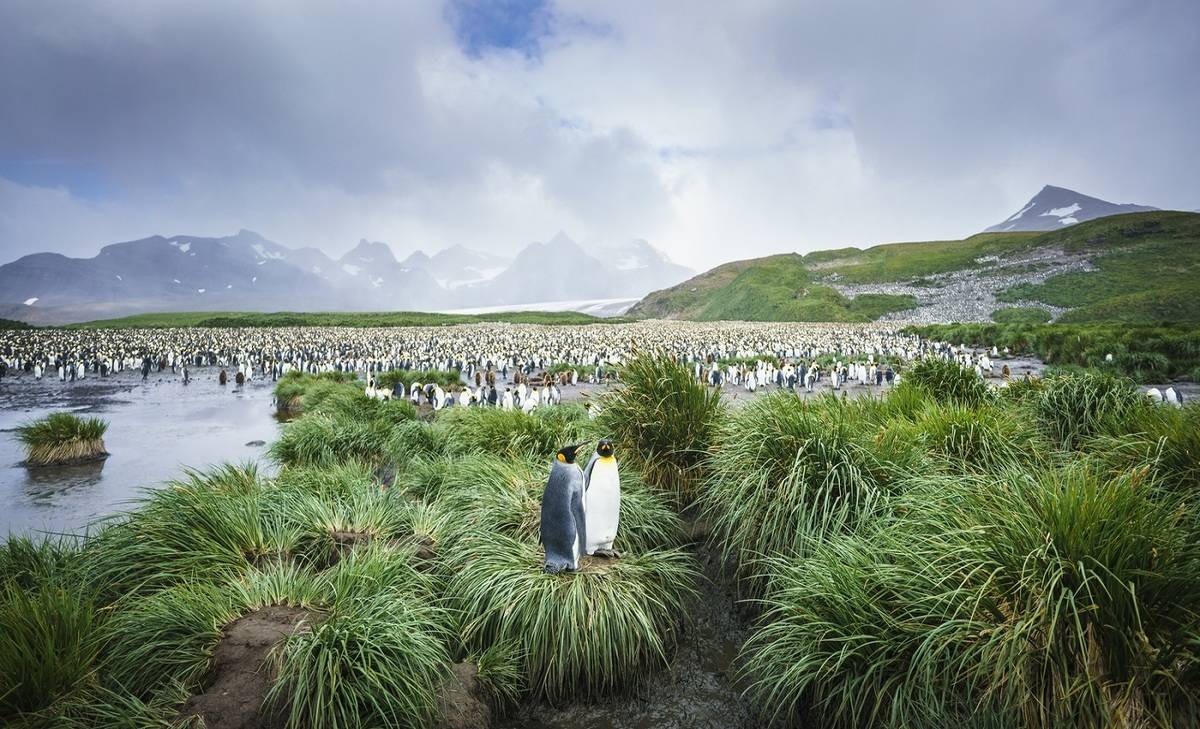 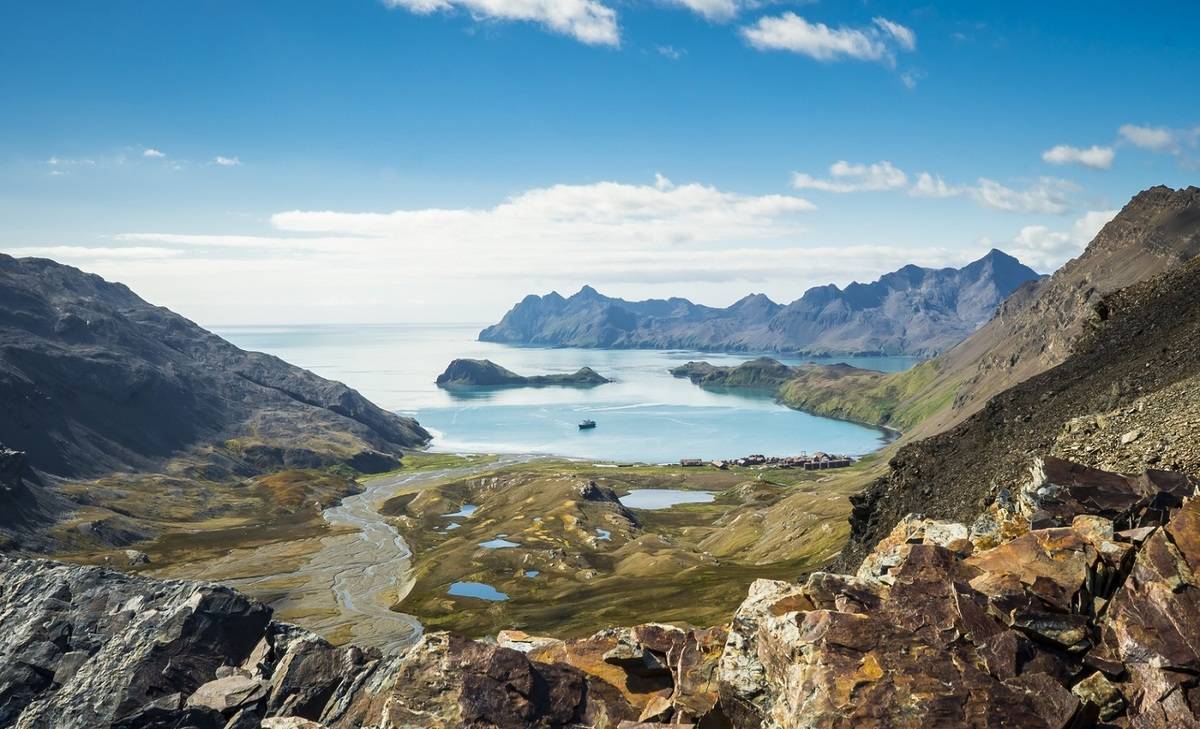 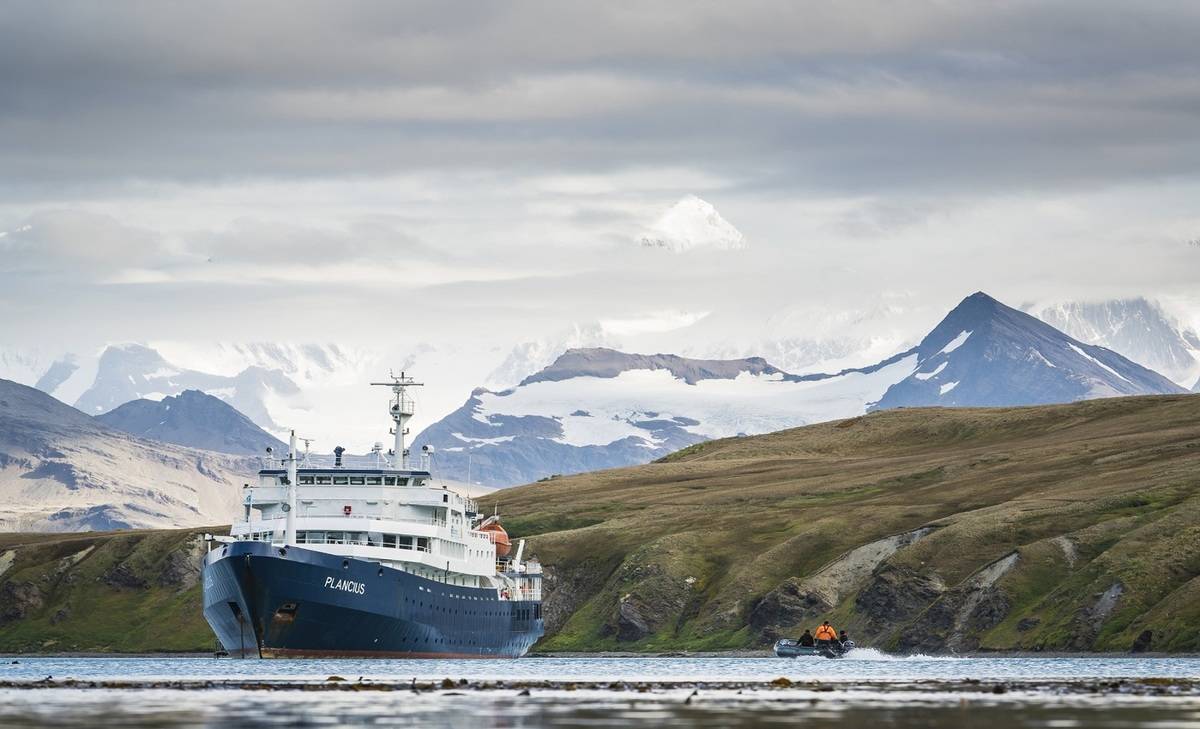 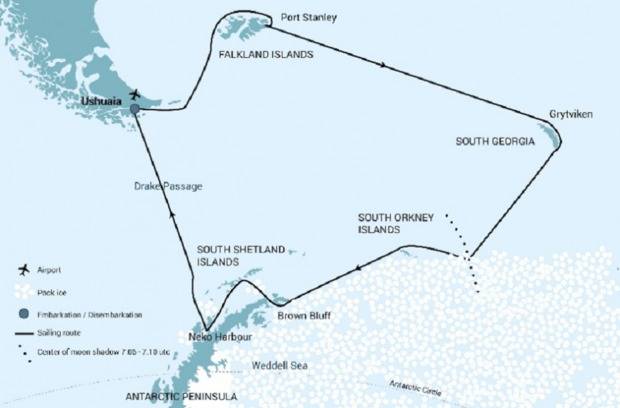 Day 1: End Of The World, Start Of A Journey

Your voyage begins where the world drops off. Ushuaia, Argentina, reputed to be the southernmost city on the planet, is located on the far southern tip of South America. Starting in the afternoon, you embark from this small resort town on Tierra del Fuego, nicknamed “The End of the World,” and sail the mountain-fringed Beagle Channel for the remainder of the evening.

Day 2: The Winged Life Of The Westerlies

Several species of albatross follow the vessel into the westerlies, along with storm petrels, shearwaters, and diving petrels.

The Falkland (Malvinas) Islands offer an abundance of wildlife that is easily approachable, though caution is always advised. These islands are largely unknown gems, the site of a 1982 war between the UK and Argentina. Not only do various species of bird live here, but chances are great you’ll see both Peale’s dolphins and Commerson’s dolphins in the surrounding waters.

During this part of the voyage, you may visit the following sites:
Carcass Island – Despite its name, this island is pleasantly rodent-free and hence bounteous with bird life. Anything from breeding Magellanic penguins and gentoos to numerous waders and passerine birds (including Cobb’s wrens and tussock-birds) live here.

Saunders Island – On Saunders Island you can see the black-browed albatross and its sometimes-clumsy landings, along with breeding imperial shags and rockhopper penguins. King penguins, Magellanic penguins, and gentoos are also found here.

The capital of the Falklands and center of its culture, Port Stanley offers a little Victorian-era charm: colorful houses, well-tended gardens, and English-style pubs are all to be found here. You can also see several century-old clipper ships nearby, silent witnesses to the hardships of 19th century sailors. The small but interesting museum is also worth a visit, covering the early days of settlement up to the Falklands War. Approximately 2,100 people live in Port Stanley. Feel free to wander at will, though be aware that admission fees to local attractions are not included in the voyage.

On the way to South Georgia, you cross the Antarctic Convergence. The temperature gradually cools, and nutritious water rises to the surface of the sea due to colliding water columns. This phenomenon sometimes attracts a multitude of seabirds near the ship, including several species of albatross, shearwaters, petrels, prions, and skuas.

Today you arrive at the first South Georgia activity site. Please keep in mind that weather conditions in this area can be challenging, largely dictating the program.

You may visit the following sites over the next few days:

Fortuna Bay – Near beaches inhabited by various penguins and seals, you have the chance to follow the final leg of Shackleton’s route to the abandoned whaling village of Stromness. This path cuts across the mountain pass beyond Shackleton’s Waterfall, and as the terrain is partly swampy, be prepared to cross a few small streams.

Salisbury Plain, St. Andrews Bay, Gold Harbour – These sites not only house the three largest king penguin colonies in South Georgia, they’re also three of the world’s largest breeding beaches for southern elephant seals. Only during this time of year do they peak in their breeding cycle. Watch the four-ton bulls keep a constant vigil (and occasionally fight) over territories where dozens of females have just given birth or are about to deliver. You can also see a substantial number of Antarctic fur seals here during the breeding season (December – January).

Grytviken – In this abandoned whaling station, king penguins walk the streets and elephant seals lie around like they own the place – because they basically do. Here you might be able to see the South Georgia Museum as well as Shackleton’s grave.

Cooper Bay – A Zodiac cruise in Cooper Bay offers a great opportunity to see macaroni penguins below a large rookery. Numerous fur and elephant seals are found on the beach, while majestic light-mantled albatrosses can be seeing gracefully gliding above.

There may be sea ice on this route, and at the edge of the ice some south polar skuas and snow petrels could join the other seabirds trailing the vessel south.

The ship positions itself in the center of the shadow of the moon, and if possible, some distance into the Scotia Sea drift ice. The ice edge will be about 60°S, 41°W.

If the ice conditions permit, you now sail into the Weddell Sea. Here colossal tabular icebergs herald your arrival to the eastern side of the Antarctic Peninsula. Paulet Island, with its large population of Adélie penguins, is a possible stop. You might also visit Brown Bluff, located in the ice-clogged Antarctic Sound, where you could get the chance to set foot on the Antarctic Continent itself.

If conditions aren’t favorable to enter the Weddell Sea from the east, the ship will set course for Elephant Island and head into the Bransfield Strait, between South Shetland Island and the Antarctic Peninsula. Here you can attempt to access the Antarctic Sound from the northwest.

On Deception Island, the ship plunges through Neptune’s Bellows and into the flooded caldera. If a landing here is possible, you will find hot springs, an abandoned whaling station, and thousands of cape petrels. A number of kelp gulls, brown skuas, south polar skuas, and Antarctic terns can be spotted here too.

Your last activities before venturing into the Drake Passage are likely to find you around the northern Gerlache Strait. One option is Cierva Cove and the rugged, ice-gripped mountains of the Davis Coast. Mikkelsen Harbour on the south coast of Trinity Island is another alternative. Here you may enjoy a gentoo penguin rookery as well as some fine scenic cruising.

Conditions on the Drake Passage determine the exact time of departure.

Your return voyage is far from lonely. While crossing the Drake, you’re greeted by a vast array of seabirds. But they seem a little more familiar to you now, and you to them.

Day 20: There And Back Again

Every adventure, no matter how grand, must eventually come to an end. It’s now time to disembark in Ushuaia, but with memories that will accompany you wherever your next adventure lies. 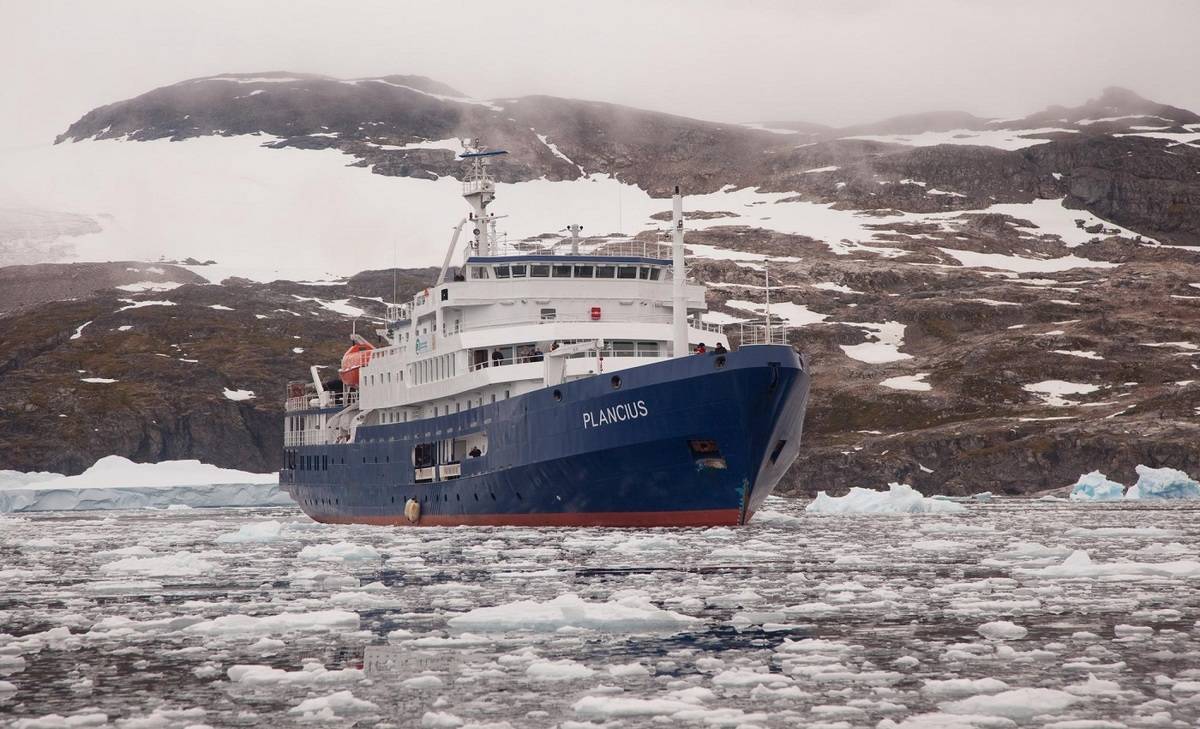 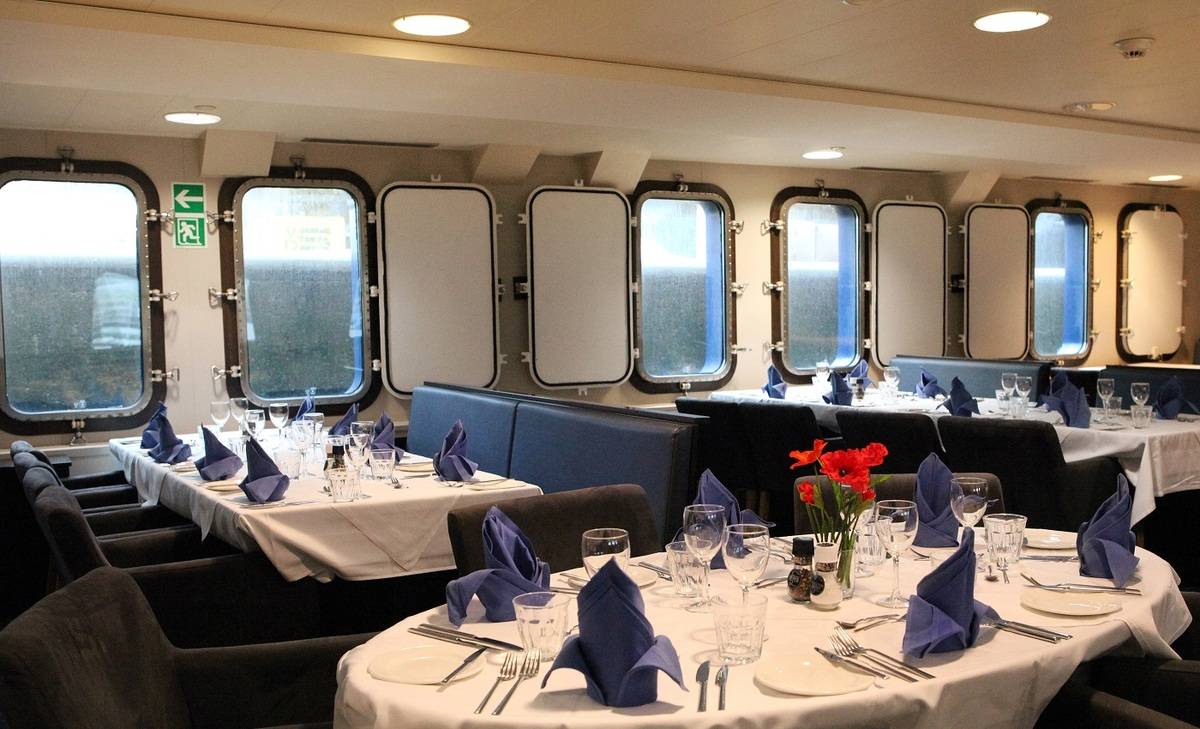 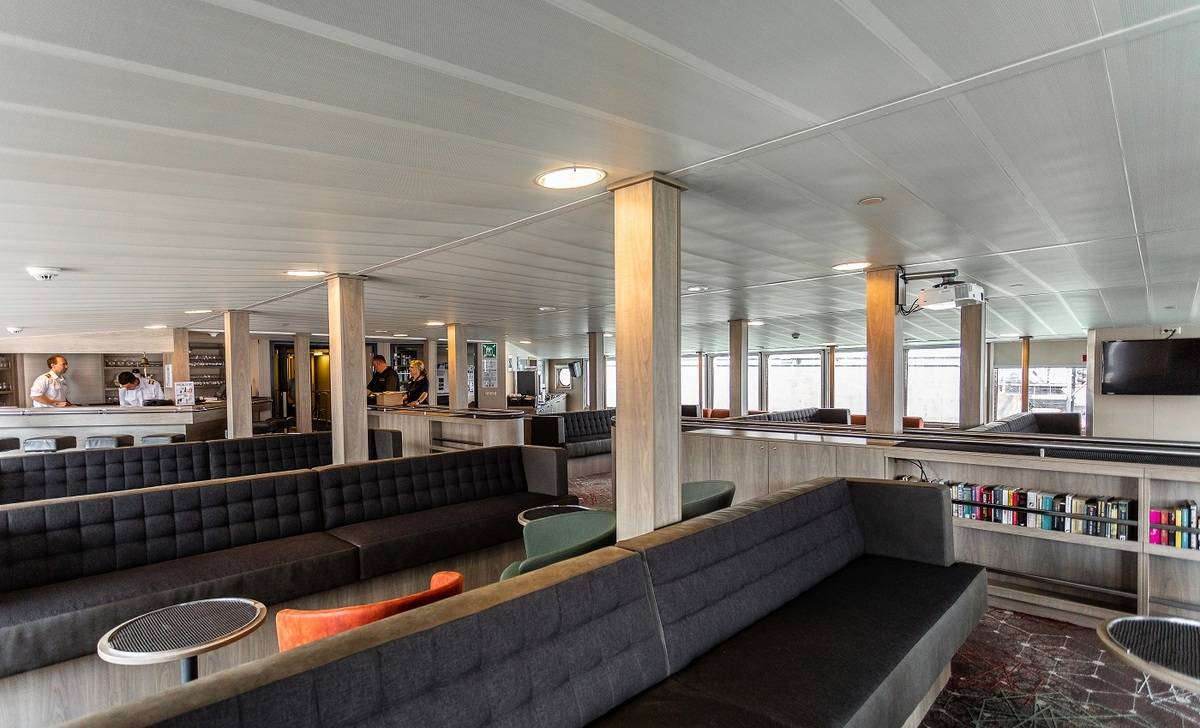 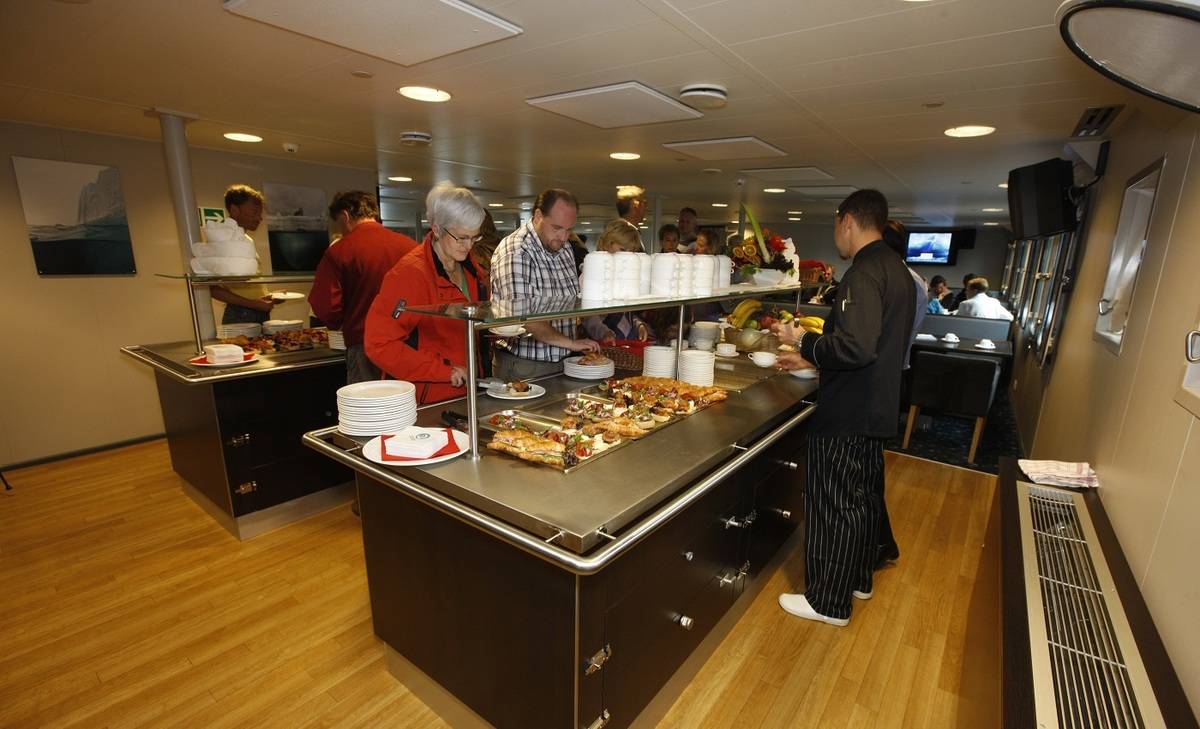 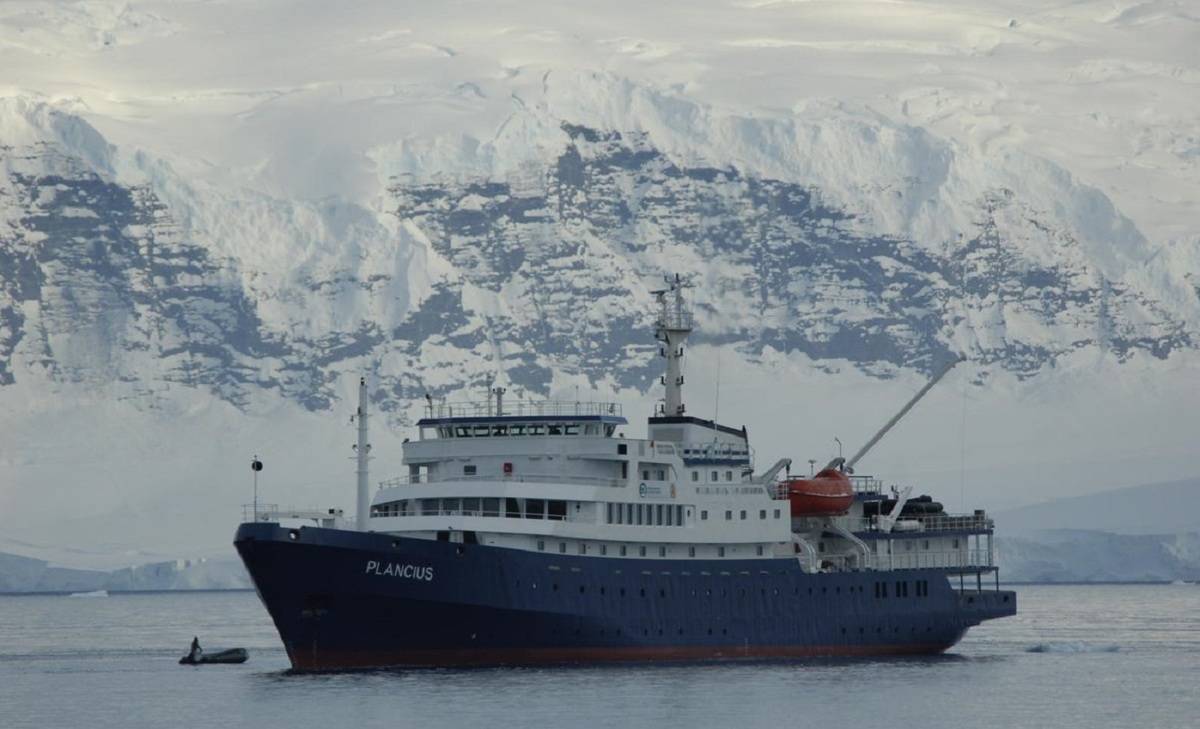 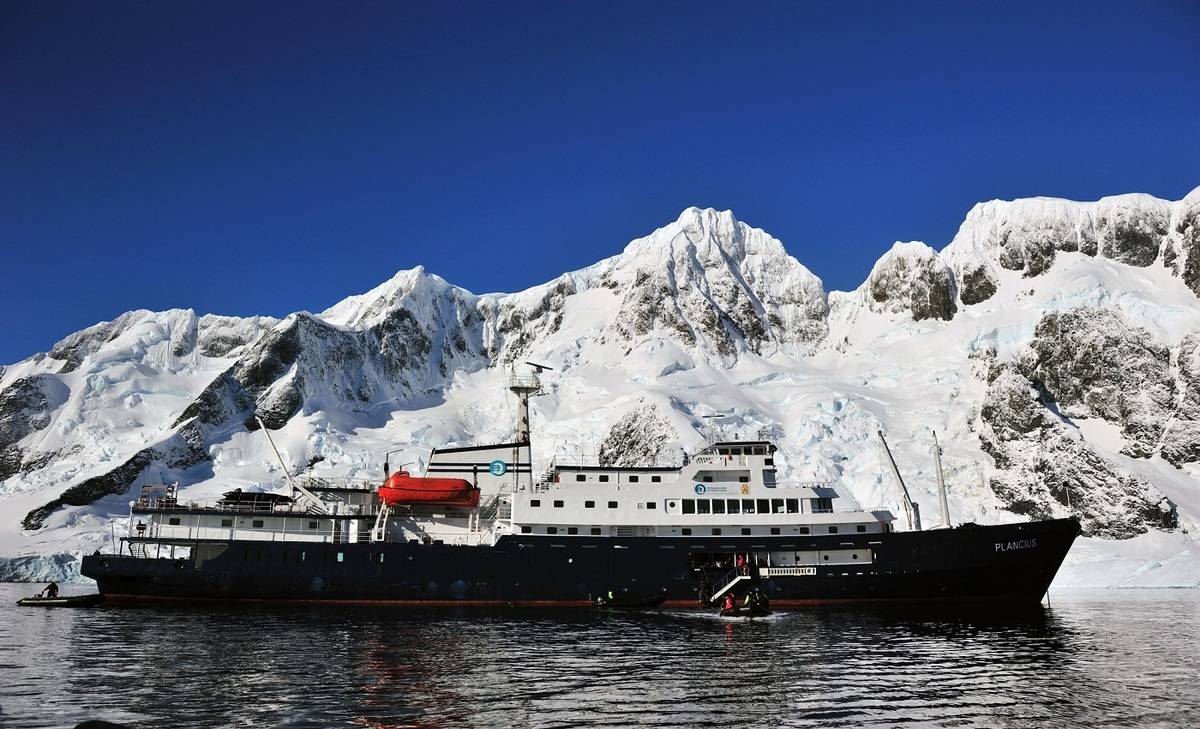 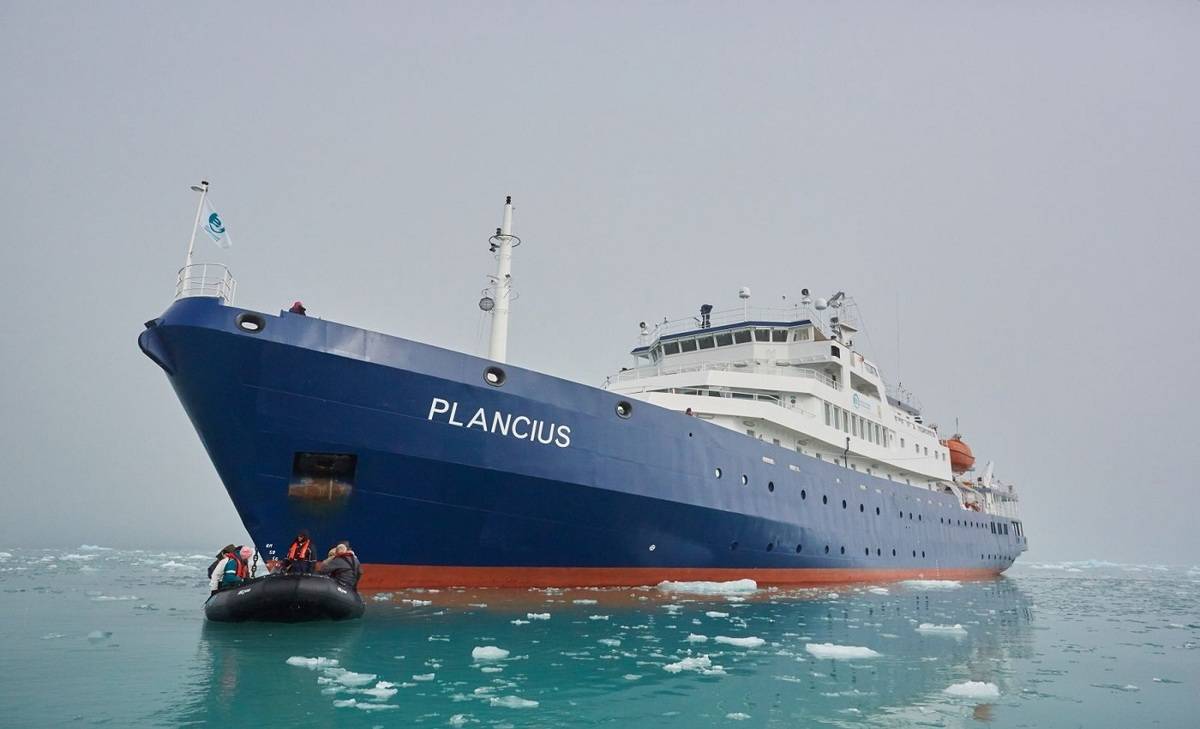 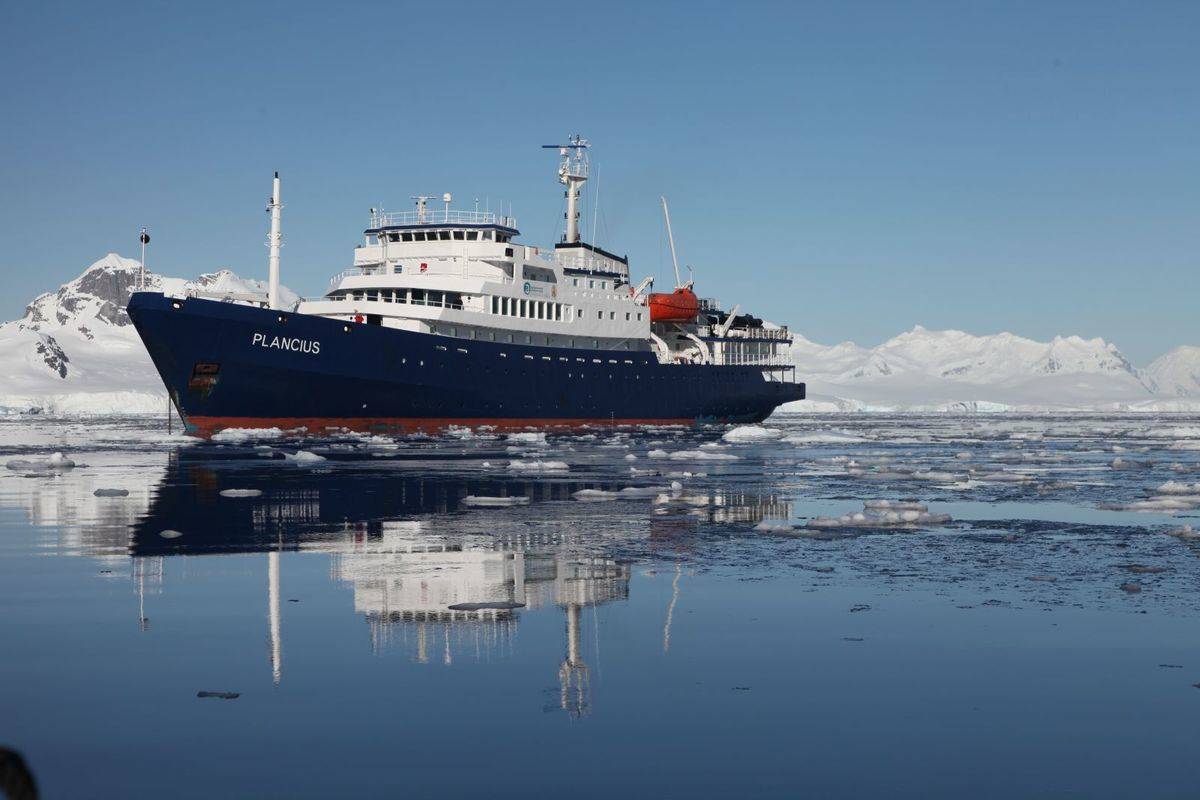 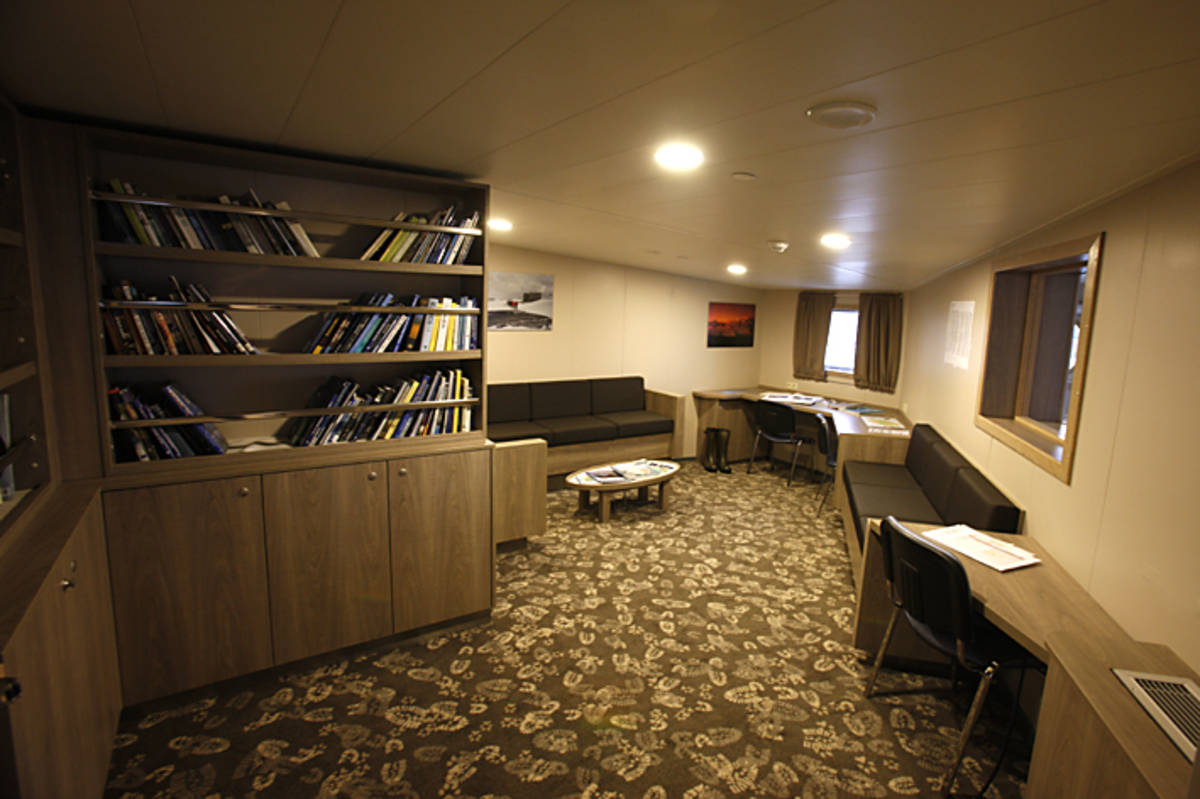 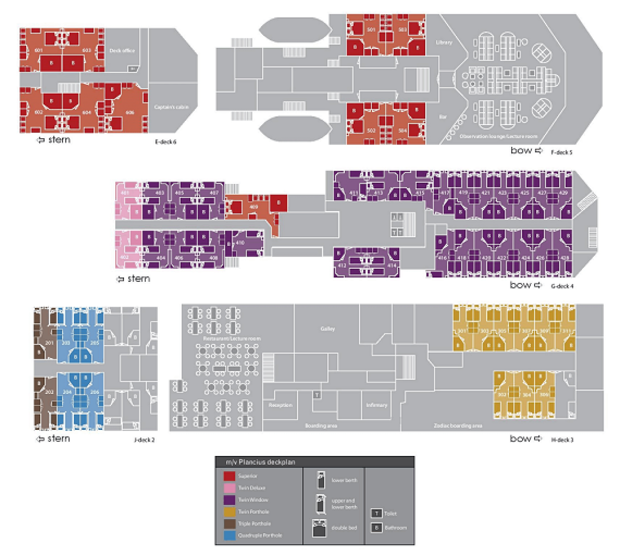 Important: Price is subject to change due to currency movements.

All itineraries are for guidance only. Programs may vary depending on local ice, weather, and wildlife conditions. The on-board expedition leader will determine the final itinerary. Flexibility is paramount for expedition cruises. Average cruising speed of m/v Plancius, m/v Ortelius and m/v Hondius is 10.5 knots.