This epic journey combining the four islands of Svalbard, Jan Mayen, Greenland and Iceland showcases the uniqueness and splendor of the Arctic nature. The goal of this expedition is to sail as close as possible to the pack ice from the North Pole the polar bear´s favorite summer residence. How far north we reach and the exact route up there will depend on the ice conditions. However, the many amazing locations along the west coast of Svalbard are for sure kept navigable by the warm Gulf Stream.

NO OBLIGATION ENQUIRY
MAKE A BOOKING
Save 15%
Trustpilot 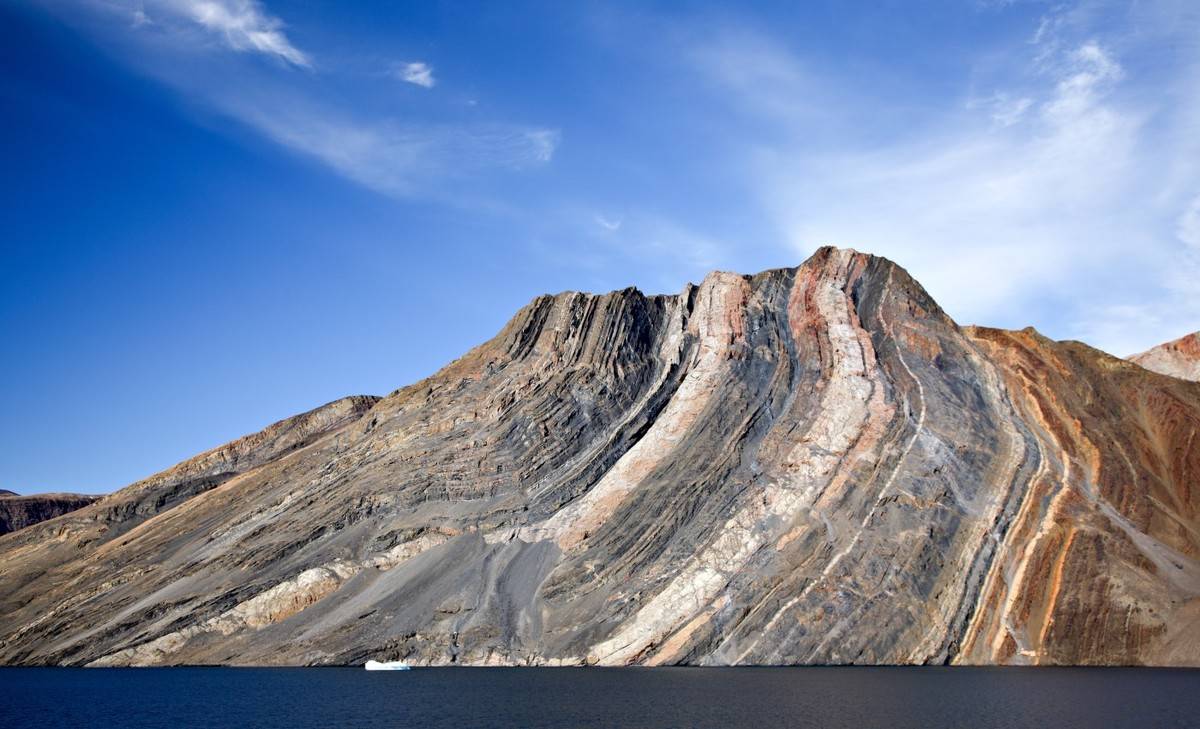 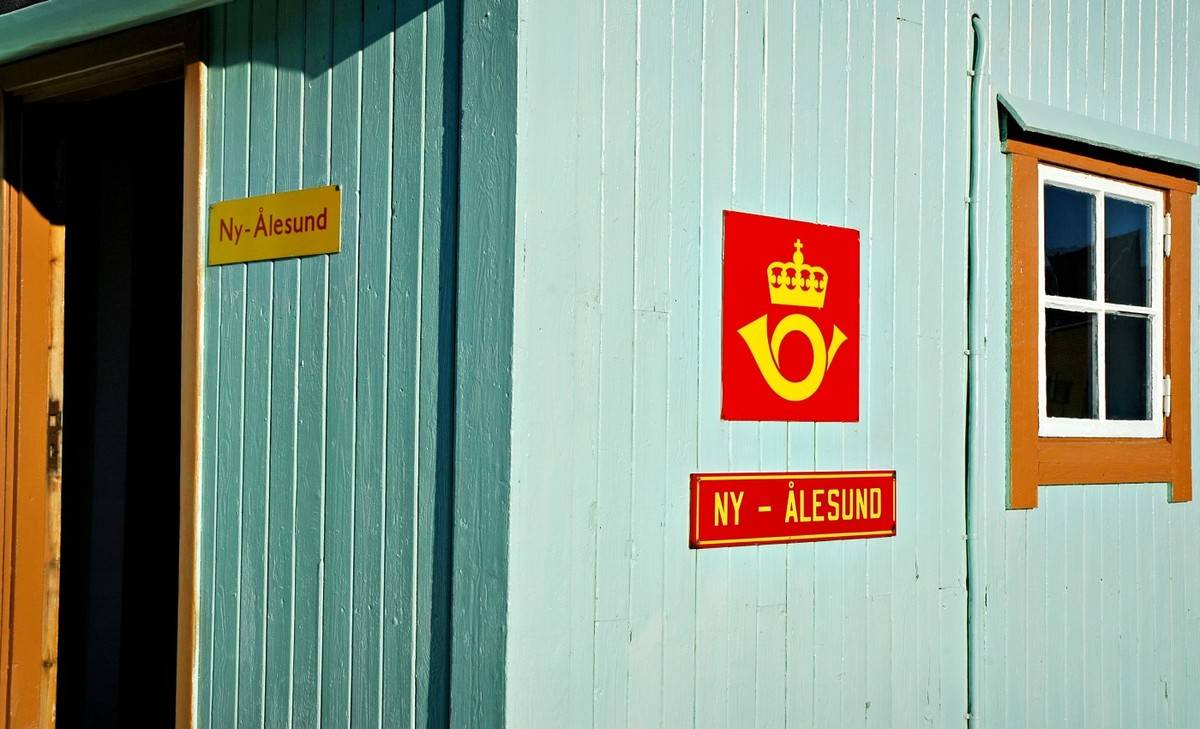 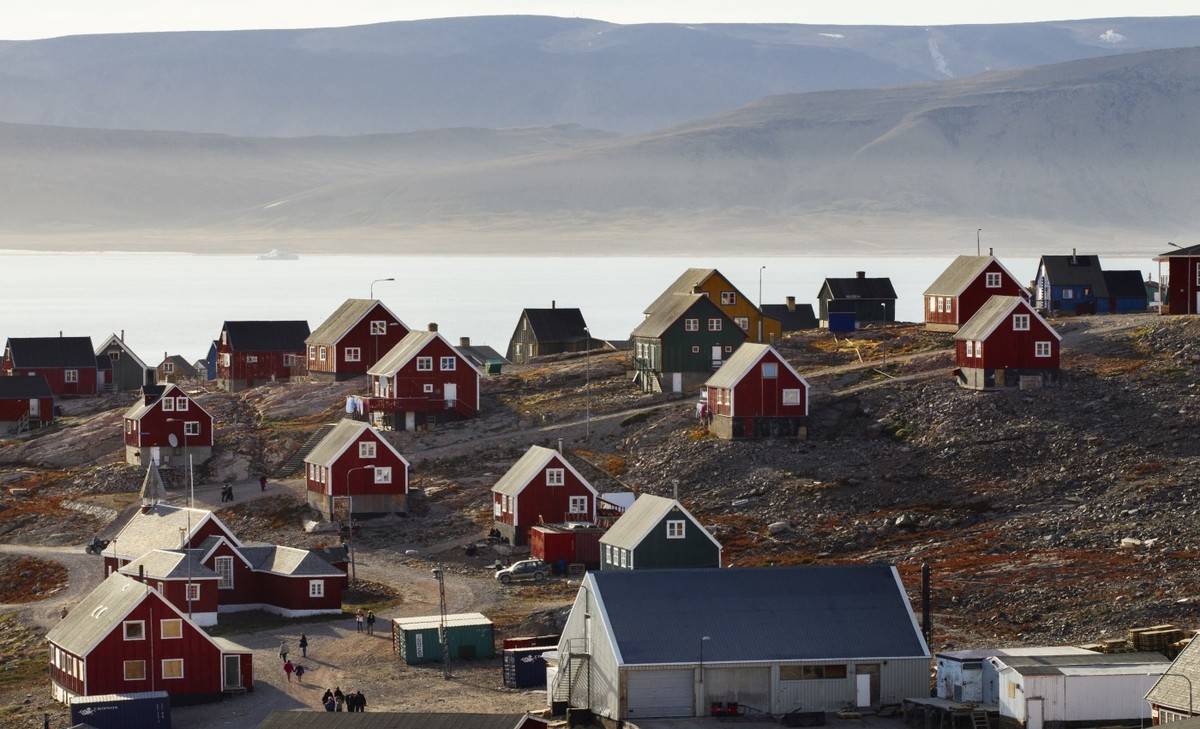 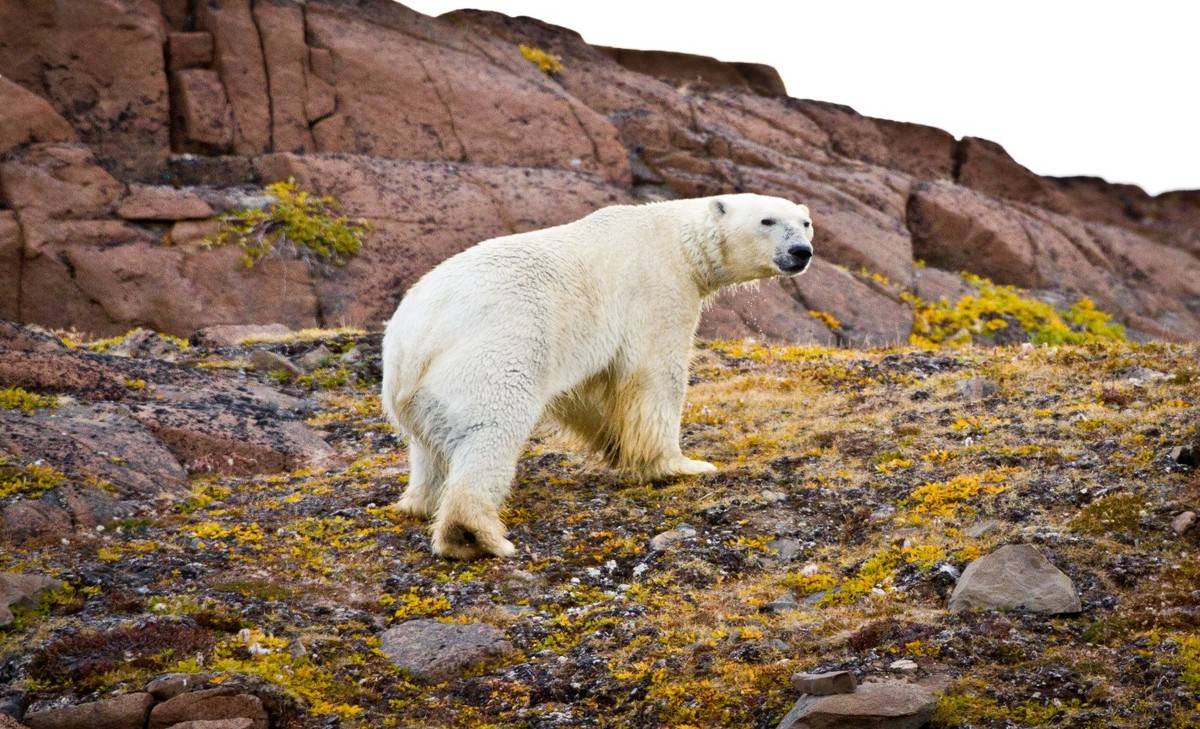 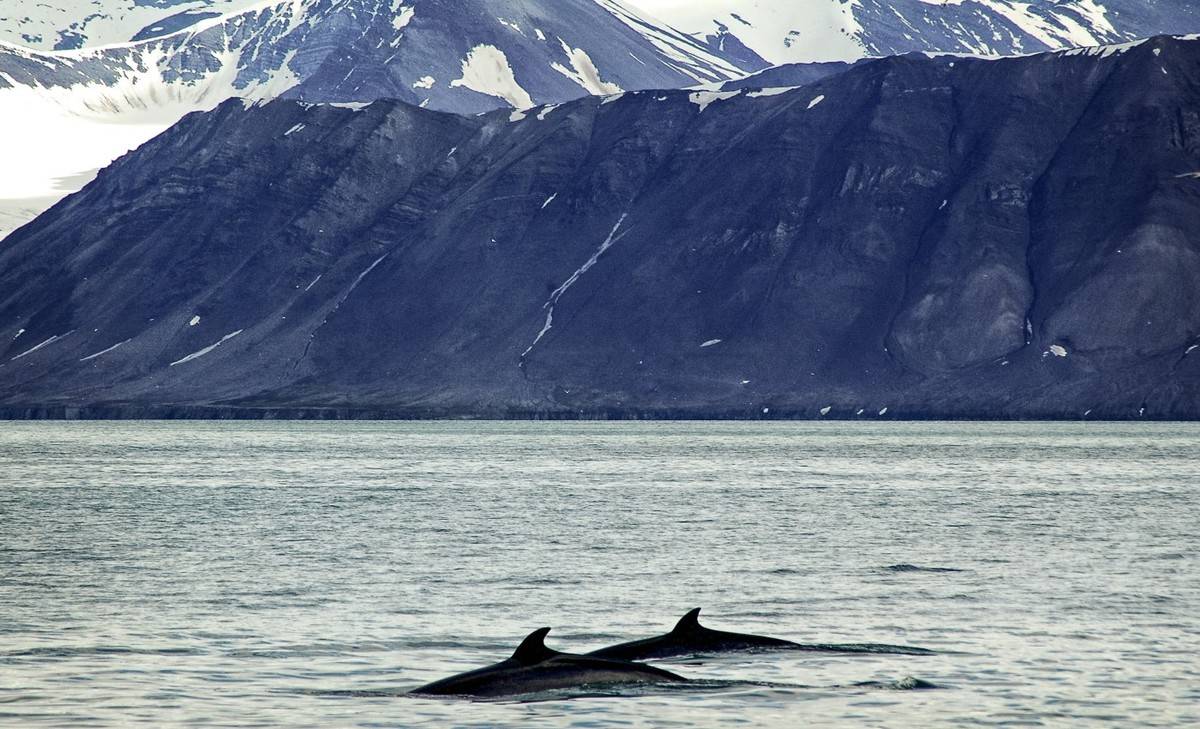 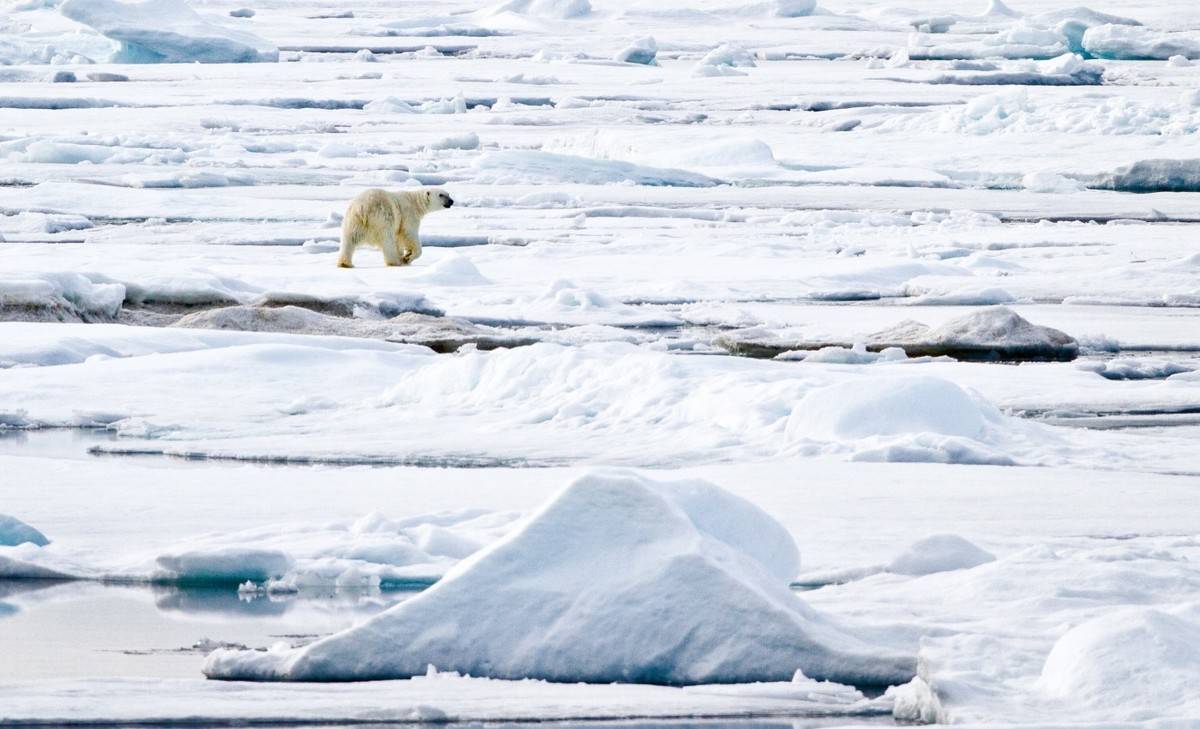 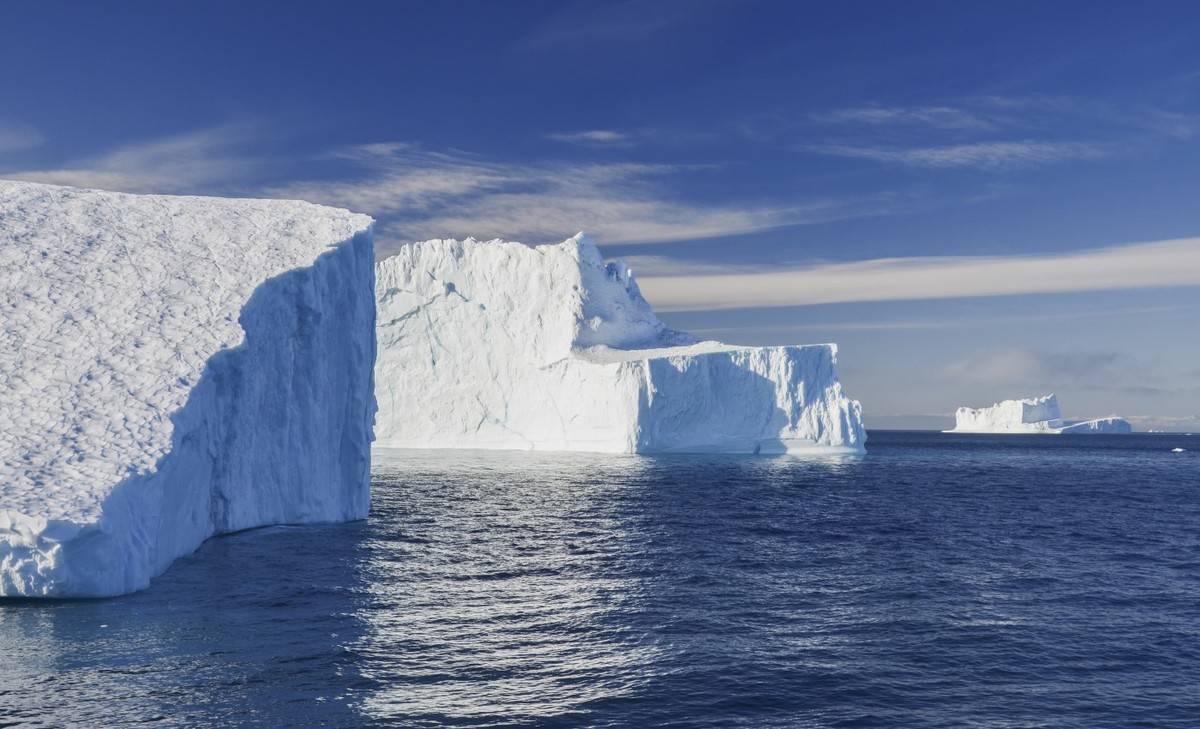 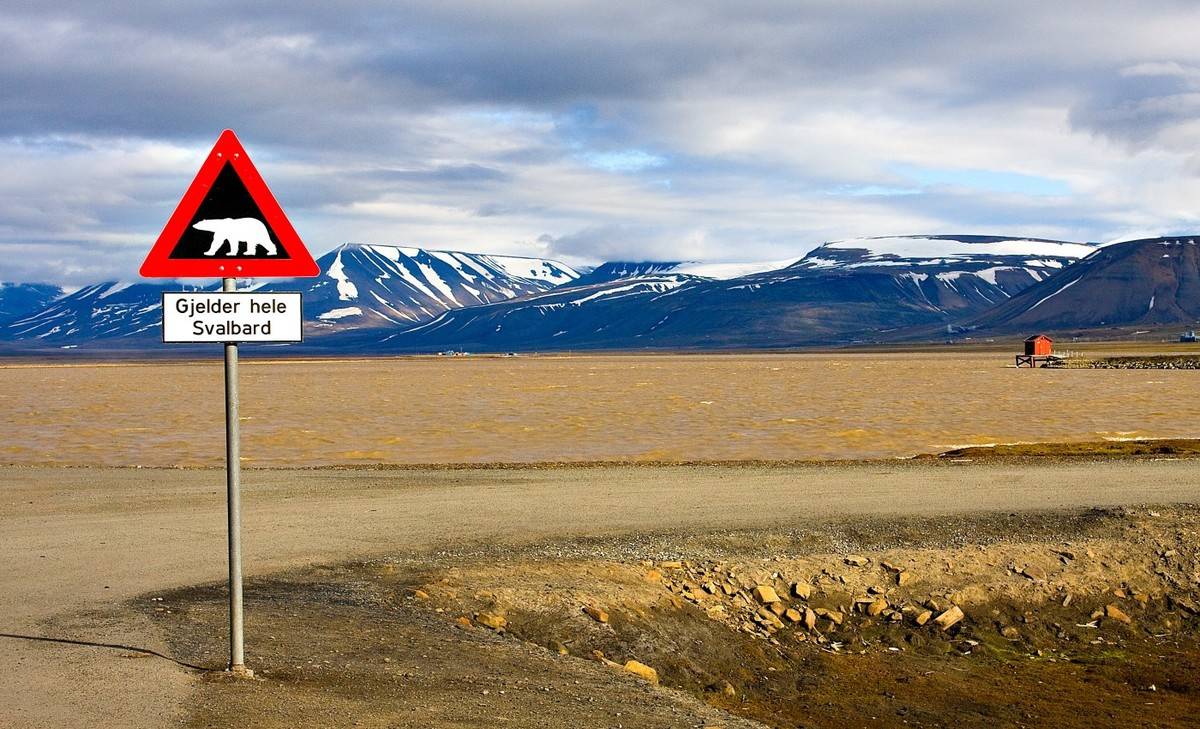 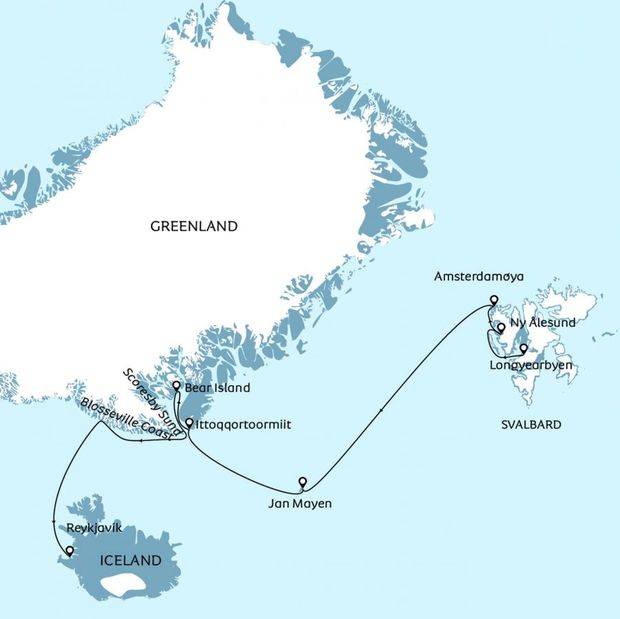 Upon arriving to Longyearbyen, a short city tour will introduce you to the fascinating history and contemporary society in the Capital of Svalbard – possibly the northernmost ‘real’ town in the world. Our vessel, is docked close to the town center. After boarding and a welcome drink, the Expedition Leader will provide information about the voyage, the ship's daily routines and the various security and safety procedures. Before sailing, there will be a mandatory safety drill. The Captain then takes the ship out of Advent Fjord and our Arctic adventure commences.

During the ‘night’ (what is night, when the sun never sets?), we have passed Prins Karls Forland and have arrived in the magnificent Kongsfjord. Our first landing will be at Ny Ålesund. This settlement is in fact further north than Longyearbyen, making it THE northernmost town. But… is a group of scientific stations, a post office and a single shop open for a few hours a real town? You will have to judge for yourself. The setting is nice, the scientific projects are very interesting, and so is the town history. The Captain will try to get alongside, so we can enjoy an easy walk through the area.

In the afternoon, we continue further north into the fjord system, and depending on the ice situation, we may do a Zodiac cruise along the Lilliehöök Glacier front… or enjoy a lecture. With some arctic luck we will be able to navigate past the magnificent scenery in the bay of Fjortende Juli, where the glacier Fjortende Juli-breen calves into the fjord. A fitting end to a day full of scenic views and arctic wildlife.

We have now entered North West Svalbard, which was declared a national park in 1973. The day could begin with a Zodiac cruise in Danskergattet, looking for seals in Virgohamna, before crossing from Danskøya to Amsterdamøya to make a landing at Smeerenburg, the legendary whaling town of 17th century. 200-plus men were living – and quite often dying – here in the heyday of blubber production.

There are several interesting places to visit in this northwestern corner of Spitsbergen. If conditions allow we’ll make a landing on Ytre Norskøya, where whalers would have their lookout posts.

During the night the ship will steer towards the edge of the polar pack ice. How close, only time and weather will tell, but the main target for us is just the ‘edge’.This is the kingdom of the polar bear! As the pack ice retreats during summer, polar bears ride the floes north, as this is where their prey - the seals - resides. Bears who for unfortunate reasons do not ‘catch’ the ice moving north, are stranded on Svalbard all summer, and will have to sustain on berries, eggs and whatever whale cadavers they can find. A hard life indeed!

During the day, lectures on polar mammals, environment and/or culture can be enjoyed on board. Should we get into the pack ice where the sea usually is calm, a Zodiac cruise will be arranged.

At the end of the day, we will start cruising towards the Jan Mayen.

Listen to a lecture from our experienced expedition staff, see a film about Arctic nature – or go out on deck to catch glimpses of migrating birds and hopefully some whales.

Approximately in the middle of the North Atlantic lies the enigmatic volcanic island of Jan Mayen. And if not exactly in the middle, at least it is located precisely on the Mid Atlantic Ridge, the reason for its volcanic existence. And enigmatic it is, not only because of its isolation but also due to the almost perpetual clouds and fog that hovers above it. Jan Mayen belongs to Norway, and the mountain Beerenberg is one of the higher of Norway’s 300 summits above 2,000 meters.

The island is inhabited by only 18 persons, running the meteorological station and the Norwegian Defense. We will try to go ashore at the narrowest part of the island, from either south or north, depending on the prevailing wind and surf. The volcanic origin is visible all over with cinder cones, lava flows and the Mount Fuji-like appearance of Beerenberg looming above. After a pleasant stroll on the narrow isthmus we board the Zodiacs, to continue our voyage west.

We will scout after wildlife along the pack ice and cruise into the fjords in the most unique and unspoiled nature of North East Greenland. We will try to make landings at Bear Island and Cape Brewster. We will visit Ittoqqortoormiit. With only 470 inhabitants it is one of the most isolated towns in Greenland only accessible by helicopter and boat in short time in the summer. The town is located at the longest fjord in the world, Scoresby Sund. We will explore this fjord and hope to be able to offer kayaking and landings weather and ice conditions permitting.

Possibly the most dramatic coast outside of Antarctica, the Blosseville is guarded by Greenland’s highest mountains and steepest fjords – and a belt of pack ice which before global warming would keep out any adventurous sailor for years. The recent decade has had warmer summers and much less ice which enables ice strengthened vessels, such as ours, to venture along the coast, on lookout for stunning wildlife, abandoned Inuit settlements and otherworldly landscapes.

On our last day of this remarkable voyage we set course for Iceland and its capital of Reykjavík.

In the morning our captain manouvers our ship alongside the port of Reykjavik. It’s time to say farewell to the crew and begin the homeward journey.